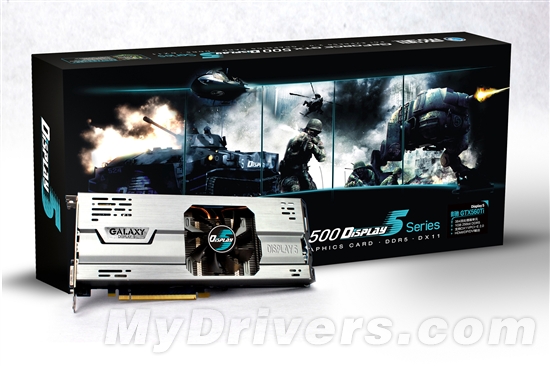 Galaxy has announced its new 5 Series Graphics card based on the Geforce 500 Series chips. The 5 Series GPU's would come with Multi-Display Support which means they'll be able to support upto 5 Displays Simultaneously. It was already revealed that Galaxy was working on new graphics card which would feature Multiple screens as you can see from the picture below: 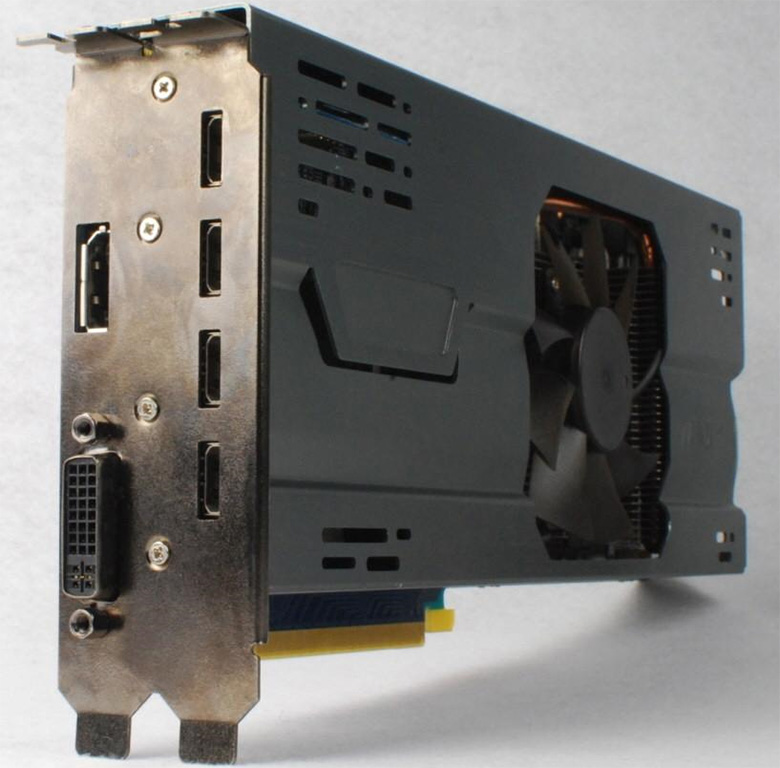 These cards will be available for business and consumer needs. The GPU can allow a Widescreen res of upto 4320x900 when its connected with three displays. The technology is same as ATI's Eyefinity and would allow Nvidia users to get most out of their GPU's. However, Considering that Higher resolutions require much more graphic horsepower its likely that the cards would feature higher clocks and come with the Galaxy reference cooling design which uses an aluminium fin array and multiple heatpipes to cool the GPU Core along with a single fan which ventilates the heat out of the GPU.

The Display outputs include 4 Mini HDMI, 1 Display Port and 1 DVI connector. Along with Multiple display support the new GPU's would also feature Razor WHDI layout which Galaxy introduced in its Graphics cards a while ago. No release date or pricing has been mentioned yet. 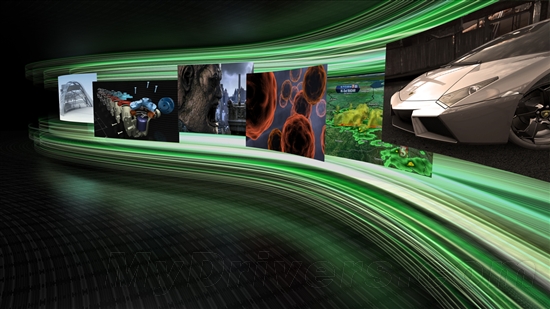 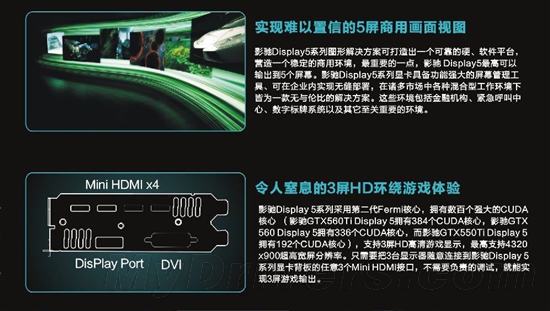