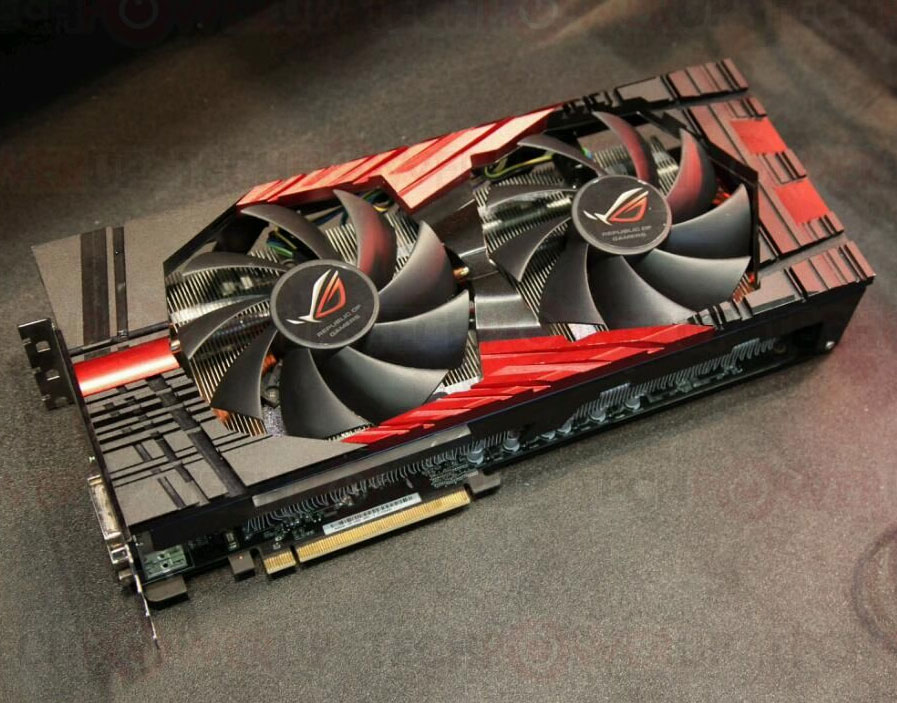 Techpowerup has managed to get some exclusive pictures of ASUS's upcoming Dual GF-110 based Graphics card. Let me tell you one thing, Its humongous and packs a hell lot of punch. Powered by Dual Geforce GTX 580 chips and based on a custom designed PCB its a card meant only for Extreme Hardware Enthusiasts. The card as long as a HD5970 features a Red + Black color theme similar to ASUS's ROG line of products. We already detailed the card here. Asus is also preparing a GTX 595 Ares Mars GPU which is expected to be showcased at Computex 2011

The card uses 2 x GF-110 chips of which cores and clocks are configured the same as the GTX 580 level, Overclocking headroom is also similar to GTX 580 which is made possible by the custom designed Power and VRM area on the PCB. However, Extra performance comes at the cost of Higher power requirements and load temps. But this ain't an issue with the Mars II GPU because unlike the GTX 590 it uses a custom designed heatsink which features a large aluminum heatsink array block fitted with copper heatpipes which are cooled down by two awesome fans on top, A Backplate is also included to improve thermal dissipation. The card consumes a hefty amount of power through the 3x 8 Pin PCI-express connectors.

Display adapters include 2x HDMI and 2x DVI-D Connectors while there are a few other buttons included on the PCB like the Fan Speed (100%) switch which when pressed will automatically bump up the speed of the fans to 100% (Useful while overclocking). Pricing and Availability are likely to be announced in a few days at Computex 2011. 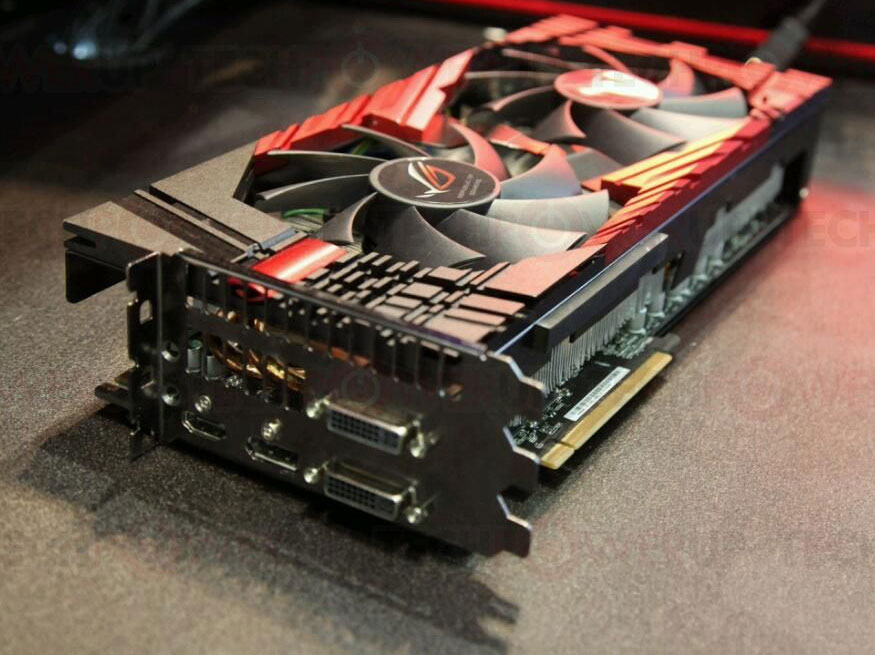 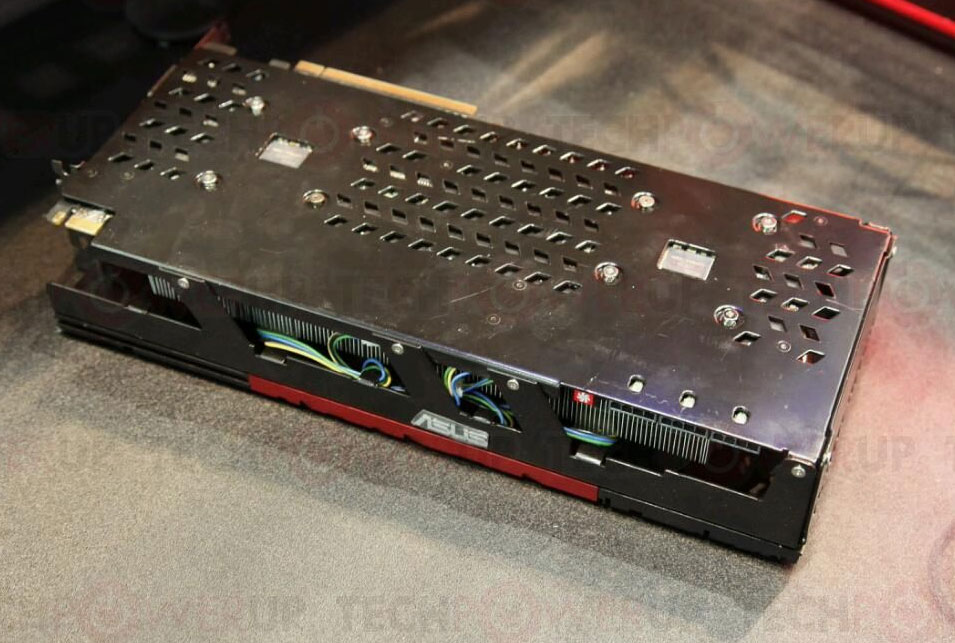 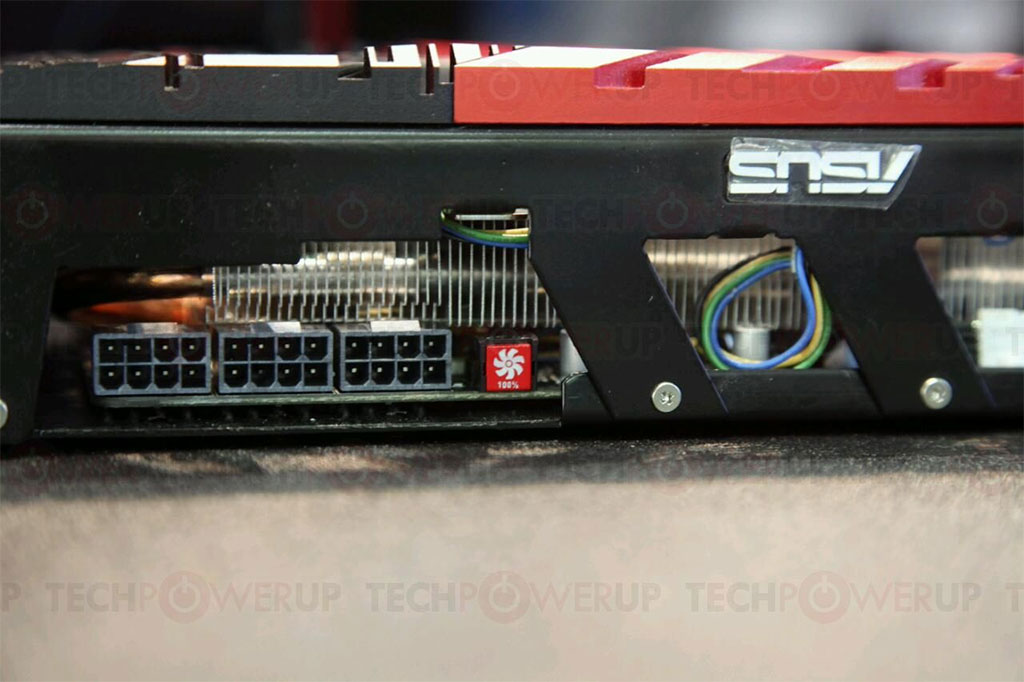 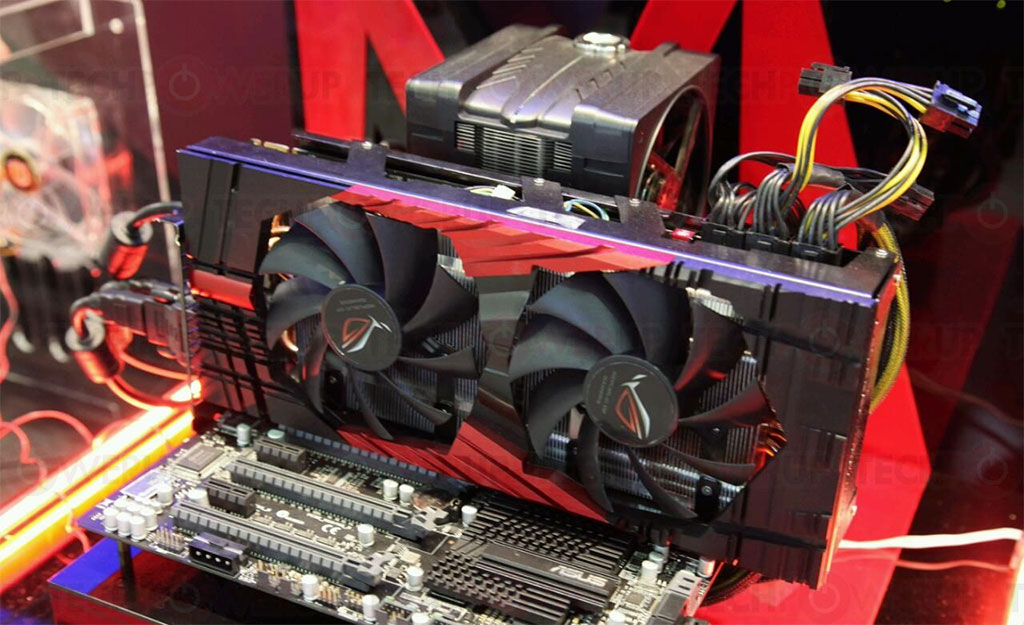