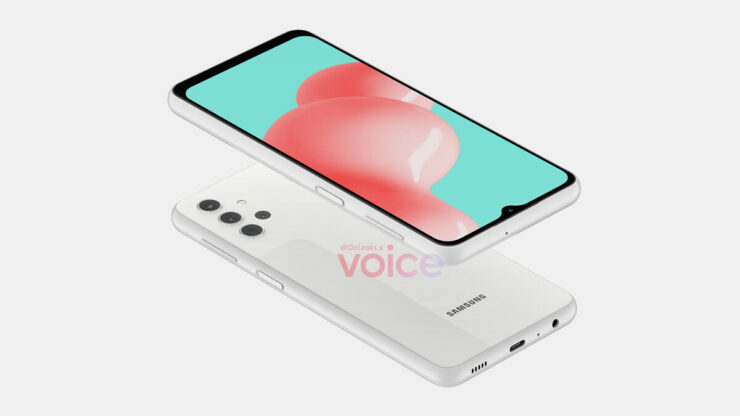 While all the eyes are on the Galaxy S21 series, we should not forget that Samsung has a whole portfolio of affordable smartphones like the A, M, and F series. This means that aside from seeing the new flagships, we will also see new budget devices. Now a renowned leaker has graced us with the renders of the Galaxy A32 5G, the successor to the Galaxy A31, and Samsung's mid-range phone featuring 5G connectivity.

Although the new renders are a leak, they look like they come straight from Samsung, and they show a device that looks a lot like the Galaxy Note 20 but obviously a cheaper version, but hey, cheaper does not mean worse.

You are getting a triple camera setup on the back, and it is protruding by 1mm from the phone's body and looks cleaner, as well. The primary sensor is 48-megapixel, and one of the other sensors is probably a depth sensor. Before we go further, you can look at the renders below.

In addition to that, you are getting a 6.5-inch display with a 5,000 mAh battery, and the measurements are 164.2 x 76.1 x 9.1mm. The renders confirm that you are getting a USB Type-C port alongside a 3.5mm headphone jack and a side-mounted fingerprint sensor, as well. The fingerprint sensor is going to double up as a power button. As far as the details like the processor, RAM, and screen resolution, those are still unknown.

The Galaxy A32 is said to be the cheapest 5G smartphone from Samsung, and it will be joining the 2021 lineup of Samsung A series of smartphones, and this is not going to be the only smartphone in the series.

We are not sure when Samsung is going to be releasing the Galaxy A32 5G. Still, the report does talk about how Samsung will be launching the phone in the coming months, and given how we are already getting the Galaxy S21 series in January, it is most probably going to be after that.