The design of both cards is similar to each other as both feature the NVIDIA Ampere GA102 GPU. The cooler features a triple-fan design and a nice aluminum shroud which is illuminated by RGB LEDs. The card features a large GeForce RTX logo on the sides and also comes with an aluminum backplate that extends beyond the PCB.

Talking about the PCB, it seems like the cards will make use of a very compact design that doesn't extend the full length of the cooler. The design is not similar to the reference Founders Edition PCB that we saw earlier but comes in a standard form factor. The GeForce RTX 3090 and GeForce RTX 3080 graphics cards will require dual 8-pin connectors to boot. From the looks of it, the RTX 3090 will feature next-generation NVLINK connectors while the GeForce RTX 3080 won't feature any such interface. 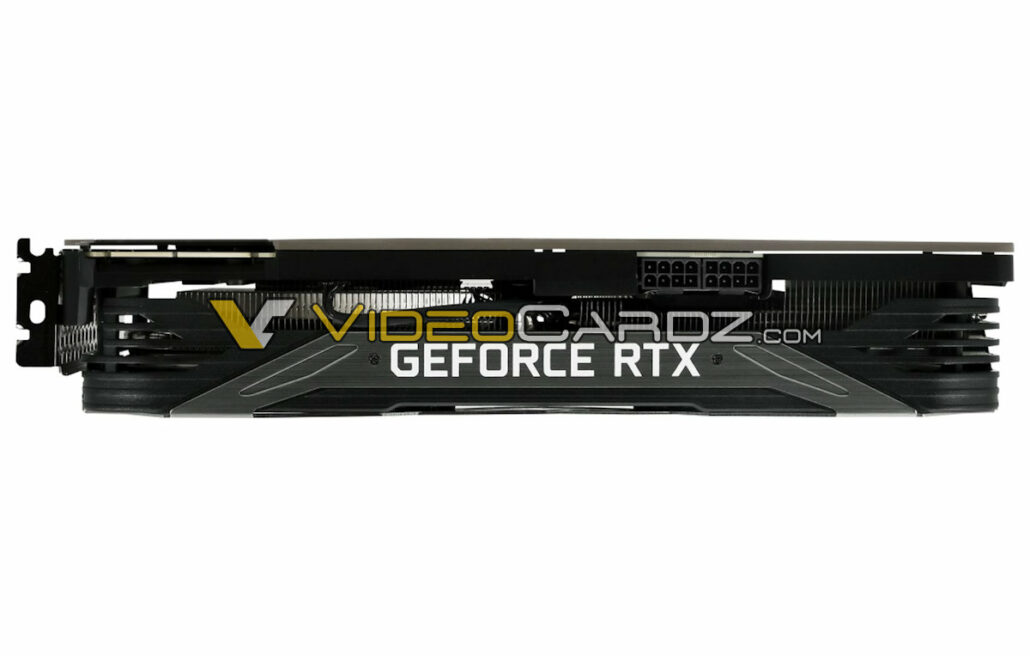 This goes off to show that even with 350W TBP, the GeForce RTX 3090 will still have several custom variants that won't require the outrageous triple 8-pin connector configuration to boot. The triple 8 pin cards will, however, offer higher overclockability and faster clock speeds compared to the stock variants. 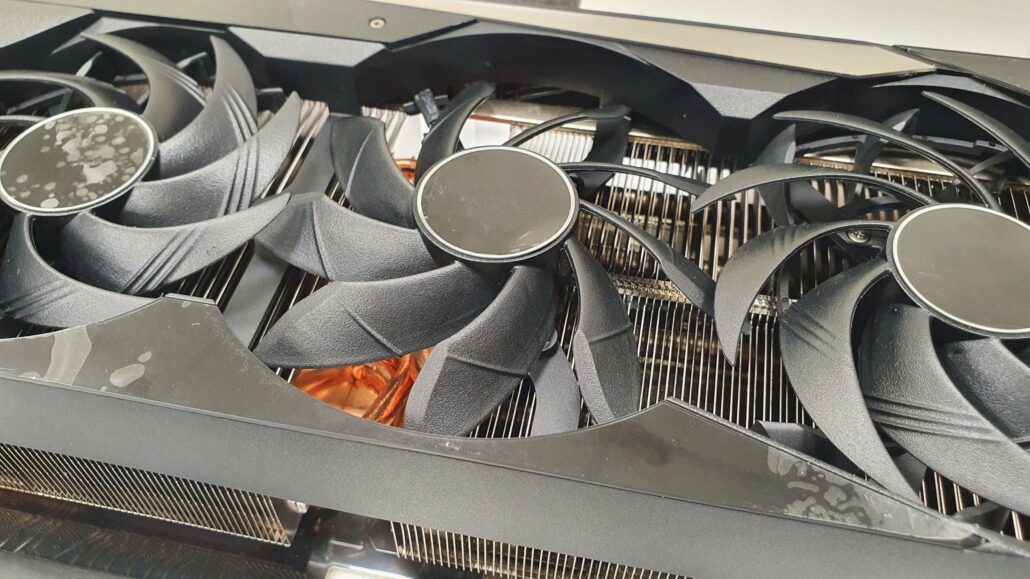 Not only Gainward but Gigabyte's GeForce RTX 3090 AORUS Xtreme has also been pictured with a massive triple-fan configuration. The new cooling system was recently teased and it looks like a full on upgrade to the existing RTX 2080 Ti AORUS Xtreme graphics cards. 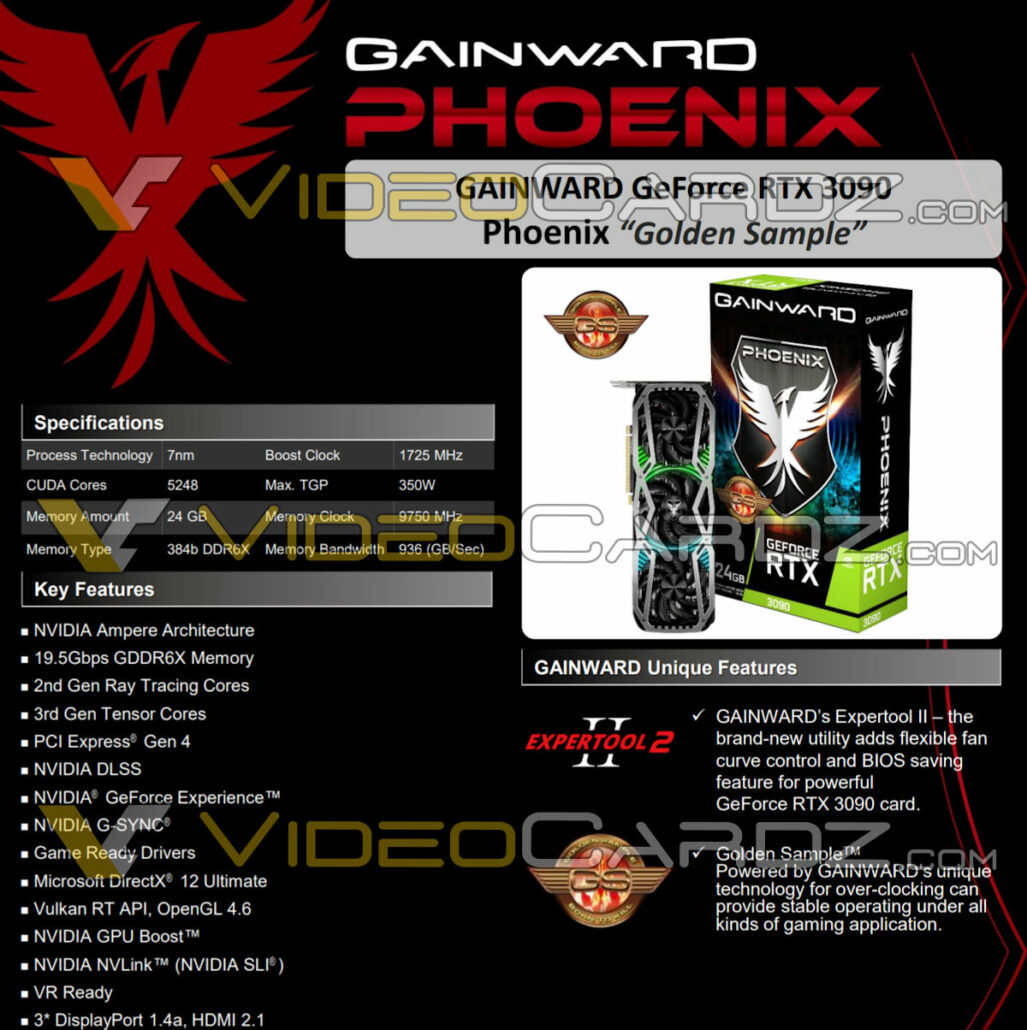 Moving on to the GeForce RTX 3080, the rumor reports that the card will be featuring the GA102-200-KD-A1 SKU. This cut down SKU will feature the same 4352 CUDA cores as the RTX 2080 Ti that will be arranged in a total of 68 SMs. The Gainward Golden Sample will feature a maximum boost clock of 1740 MHz. 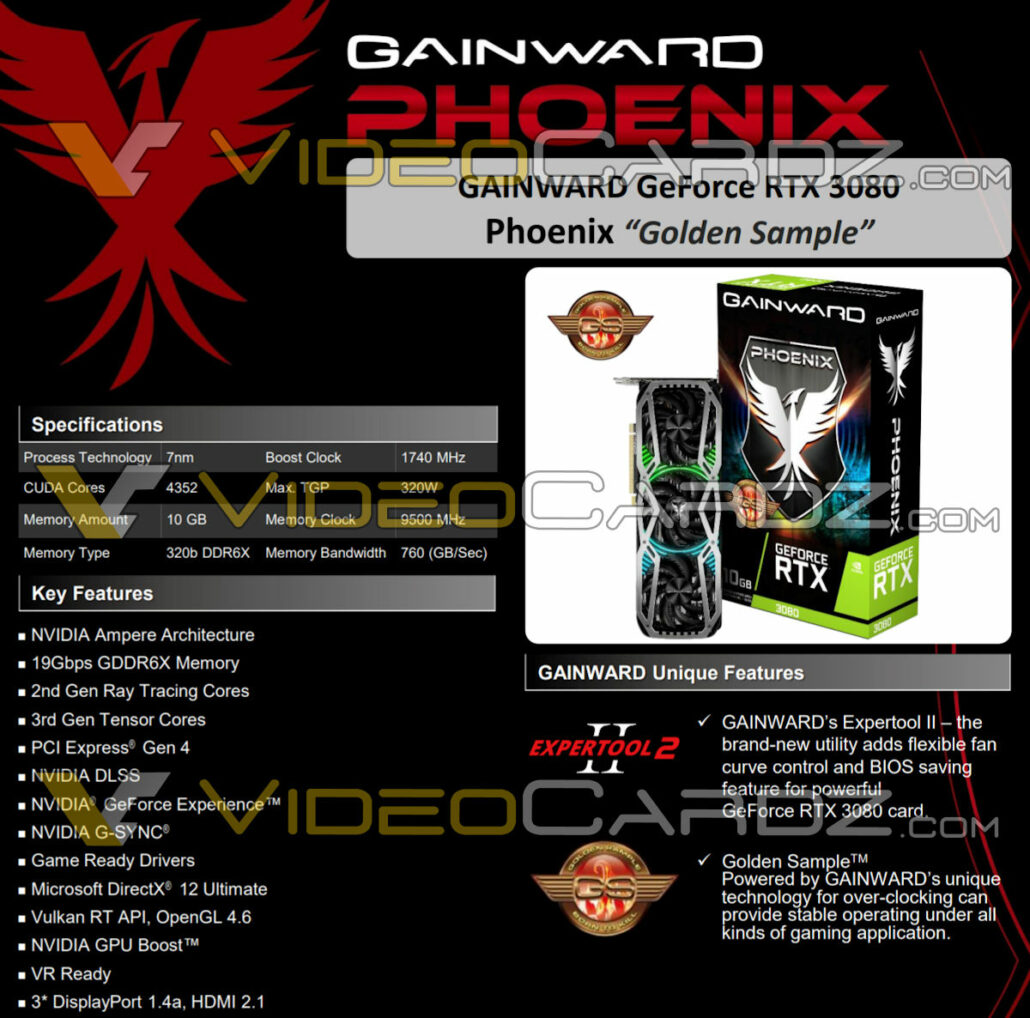