After the first official teaser of its next-generation GeForce RTX gaming graphics cards yesterday, NVIDIA has announced that it will be hosting a special GeForce Event on 1st September. NVIDIA's CEO, Jensen Huang, will host the special GeForce event which will be delivered in a digital and pre-recorded format, similar to the GTC 2020 Digital keynote.

NVIDIA has also posted an official countdown timer which ends on September 1st at 9 a.m. Pacific Time. The official statement for the event is provided below:

NVIDIA will broadcast a GeForce Special Event, featuring an address by founder and CEO Jensen Huang, on Sept. 1, at 9 a.m. Pacific time.

During the event, Huang will highlight the company’s latest innovations in gaming and graphics. Tune in at https://www.nvidia.com/en-us/geforce/special-event/. via NVIDIA 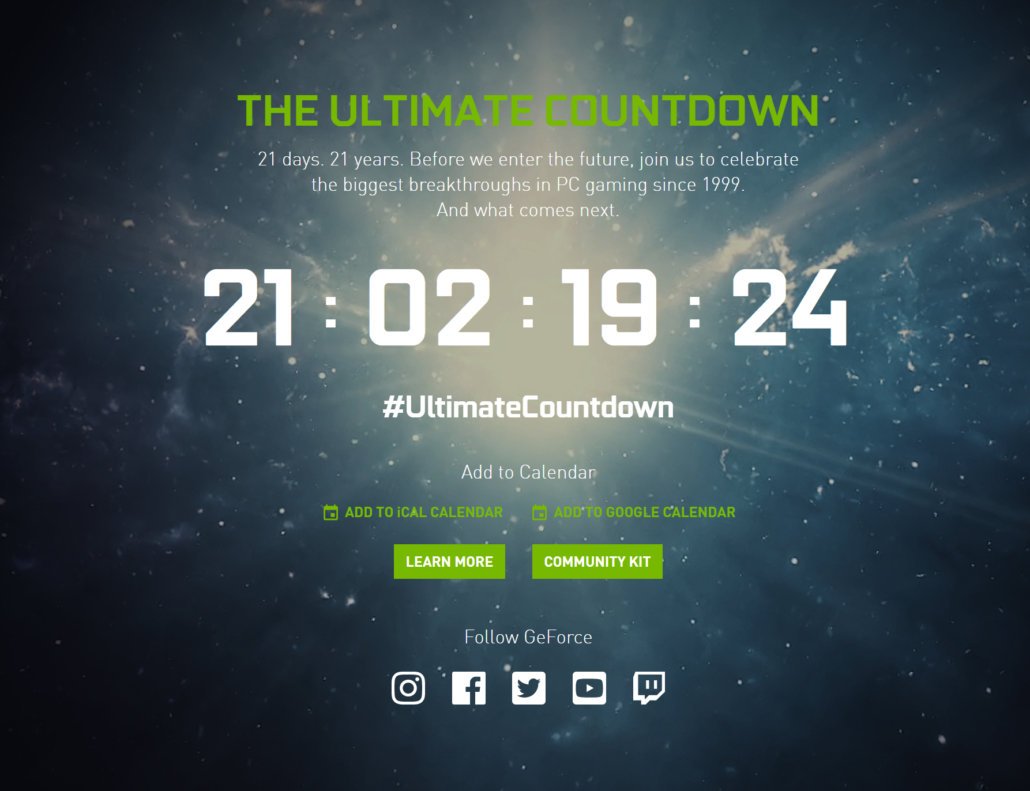 What's most exciting about this launch is the fact that it will take place a whole 21 years after the introduction of the iconic GeForce 256 which wasn't just NVIDIA's first commercial graphics card but also the first GPU ever produced. Keeping that in consideration, we can expect this specific gaming lineup to hold far more significance and importance than any previous GeForce RTX line.