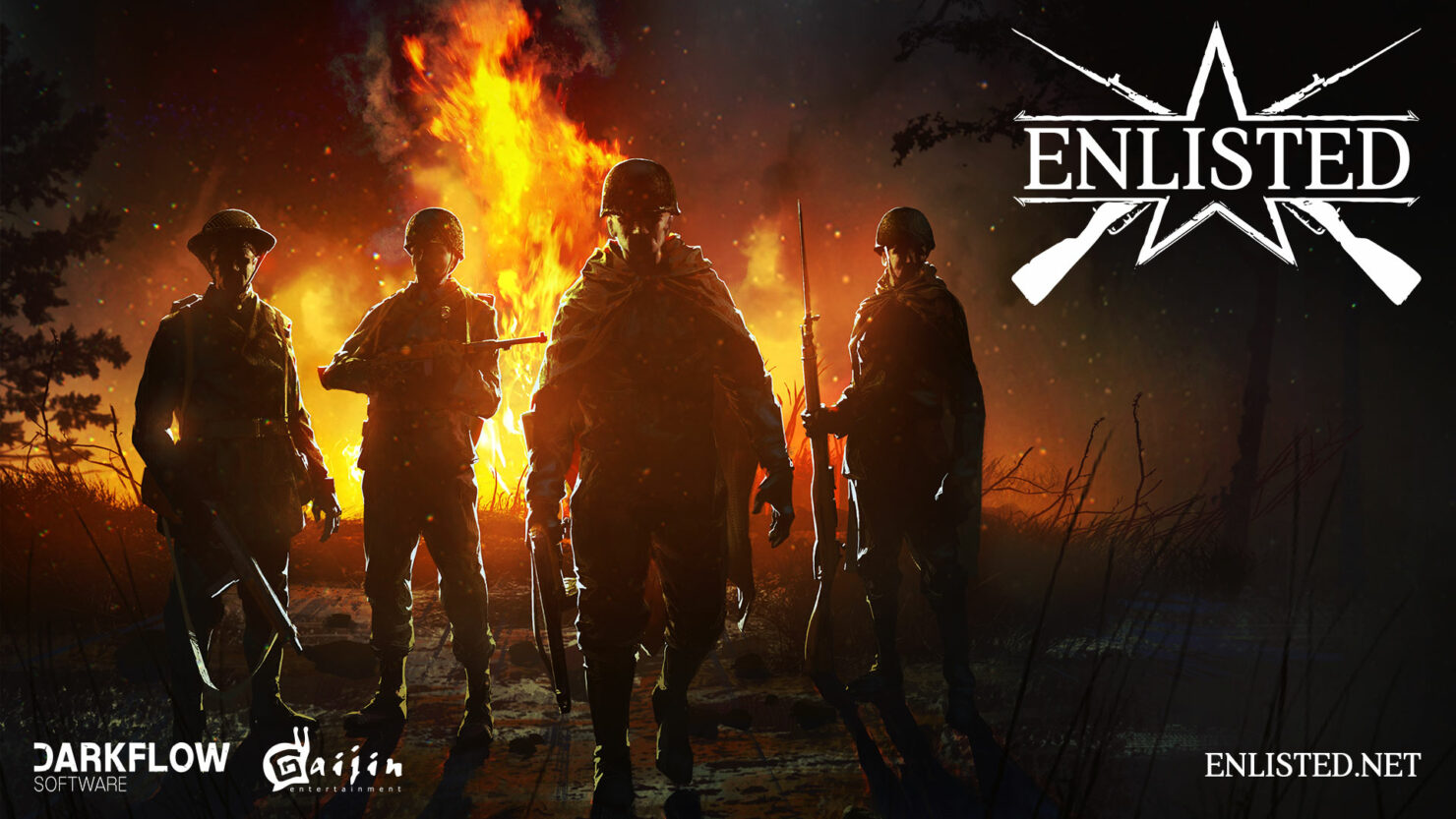 Historical shooters are all the rage once again. After Battlefield 1 and the indie crowdfunded projects Battalion 1944/Days of War, Gaijin Entertainment and Darkflow Software have announced today Enlisted, a squad-based multiplayer shooter for PC set in World War II.

According to the press release, Enlisted will focus on the most important large scale World War II battles. The game has been built using Gaijin's proprietary Dagor Engine, the same one used in War Thunder, and will feature 100 combatants spread over a "massive and richly detailed battlefield complete with destructible landscapes".

To begin with, there will be two massive campaigns: Battle of Moscow and Battle of Normandy. Each campaign in Enlisted is going to represent multiple phases of a battle and different game modes will be featured here.

Enlisted is an ambitious undertaking, unlike any game we have ever created. It will be a first person shooter decided by the fans, for the fans. They will have direct input into what we create, including things like campaigns, game modes, even which platforms after PC we will support.

Gaijin also announced that all proceeds will be reinvested into developing additional maps, game modes, and console versions. For example, once the sales have generated $250K the developers will start working on the African campaign; at $1 million, console versions will enter development.

You can already back the game by purchasing the first two campaigns on the official website, as well as weapon packs and early access to the Closed Beta which is planned for the second half of 2017.

Exclusive collector’s weapons will cost from 6.99 to 11.99 USD, weapon+campaign pack will be from 20 to 25 USD depending on the rifle you choose. The biggest pack for 50 USD will include both campaigns, three weapons and will provide the owner with early access to the game.

Check out the first in-game screenshots and a brief teaser trailer of Enlisted below.