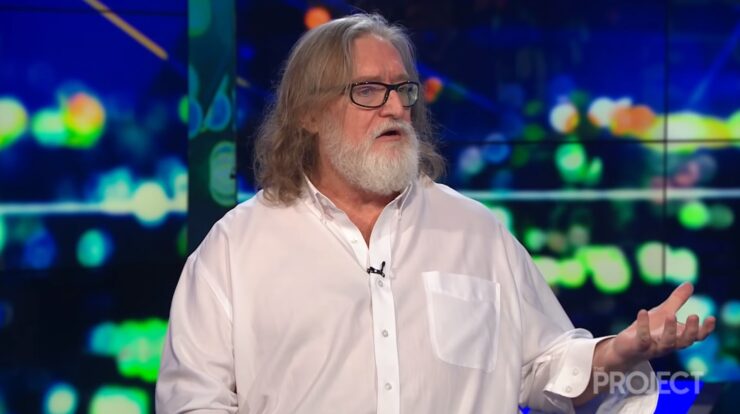 As we get closer to the Holiday launch for both the PlayStation 5 and Xbox Series X, the debate over which console is more powerful, or at least the fan favorite, is heating up. We're always constantly looking for innovators in the gaming industry to share their insight for the two platforms and today's discussion comes from Gabe Newell himself, the leader and co-founder of Valve Corporation.

During a brief interview on New Zealand's The Project, Gabe Newell shared his thoughts on being stuck in New Zealand as he and his family weathers the global coronavirus outbreak. The interview comes as part of a small press gamut as GabeN and his friends work to put together a concert in New Zealand as his way of thanking the community for their hospitality.

At the 3:08 minute mark, GabeN was asked by one of the interviewers about which of the new consoles (PlayStation 5 versus Xbox Series X) was better. His short answer?

When pressed for why by the interviewer, Gabe Newell replied "Because it's better!"

I don't have a stake in that race. Obviously, we do most of our development on personal computers. But of the two, I would definitely go with an Xbox [Series X].

Both next generation consoles will be achieving different methods to the fidelity and performance necessary to handle the future of console gaming and every developer has their own preference when it comes to the two platforms. With multiplatform titles having to be written for both XSX and PS5 hardware, the highest level of output may only be limited to first party developers that can truly utilize the full potential in each console's power. For the PlayStation 5, it will be the speed of the custom SSD while for Xbox Series X, the raw power may give the Microsoft-powered console a competitive advantage.

Either way, this Holiday season will mark a major skirmish in the console war that we're eagerly anticipating. Now if only either company would make the first move and announce the actual price of their next gen consoles.