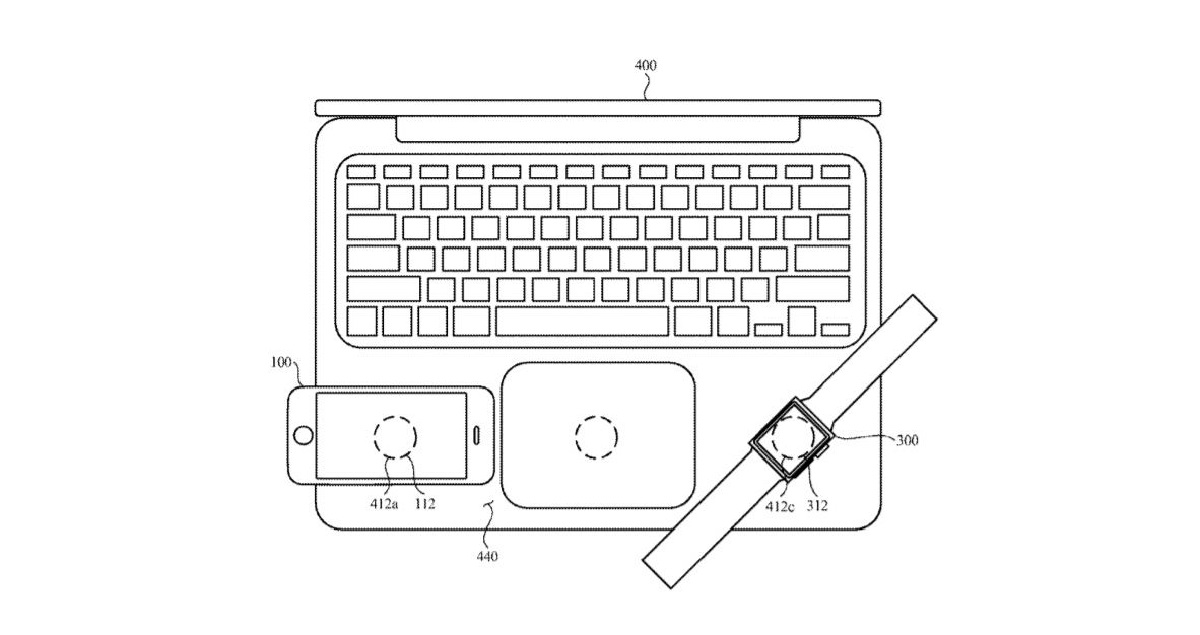 Apple never seizes to rest when it comes to introducing new technology on its existing products. The company introduced a new lineup of Macs with its custom M1 chips that bring better battery and enhanced performance to the table. However, that is not all for the company has major plans for the Mac this year if the recent reports pan out to be true. With that said, Apple has filed a new patent that details how a MacBook will be able to wirelessly charge your iPhone, Apple Watch, and even your iPad. Let's dive in to see some more details on the patent and how Apple aims to implement the technology in future MacBooks.

The patent is titled "inductive charging between electronic devices." The patent describes how you can wirelessly charge your iPhone, Apple Watch, and other devices on the MacBook. The patent shows the area on both sides of the trackpad as wireless charging pads. What this means is that you can simply place your iPhone, Apple Watch, and other products on the MacBook and charge it wirelessly.

The MacBook will house inductive coils on the palm rests which will transmit power. This is something that most wireless chargers use. Apple has filed other patents with similar technology so we know that this could possibly happen in the near future. The inductive coils not only charges other devices but can be used to charge the MacBook itself. The patent also shows an iPad charging on the MacBook other than an iPhone and Apple Watch.

Some electronic devices include one or more rechargeable batteries that may require external power to recharge. Often, these devices may be charged using a common or standardized electrical connector or cable. For example, some devices may be charged using a universal serial bus (“USB”) connector or cable. However, despite having standardized connectors and cable, each device may require a separate or dedicated power supply to charge. In some cases, having separate power supplies for each device may be burdensome to use, store, and/or transport. 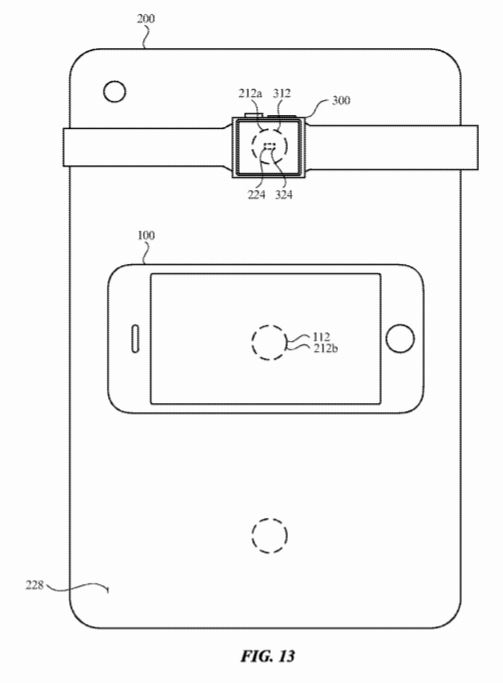 You will have to use a base wireless charger or a cord to charge the MacBook and the laptop will charge other Apple products. You can still charge your iPhone or Apple Watch using a cable but having wireless charging built into the laptop would make things a lot easier.

Take note that the technology rests as patent as of now and we don;t know if Apple is working to bring it to life in future iterations of the MacBook. So do take the news with a grain of salt. We will share more news on the subject as soon as we hear it. As for now, share your thoughts on the patent in the comments section below.