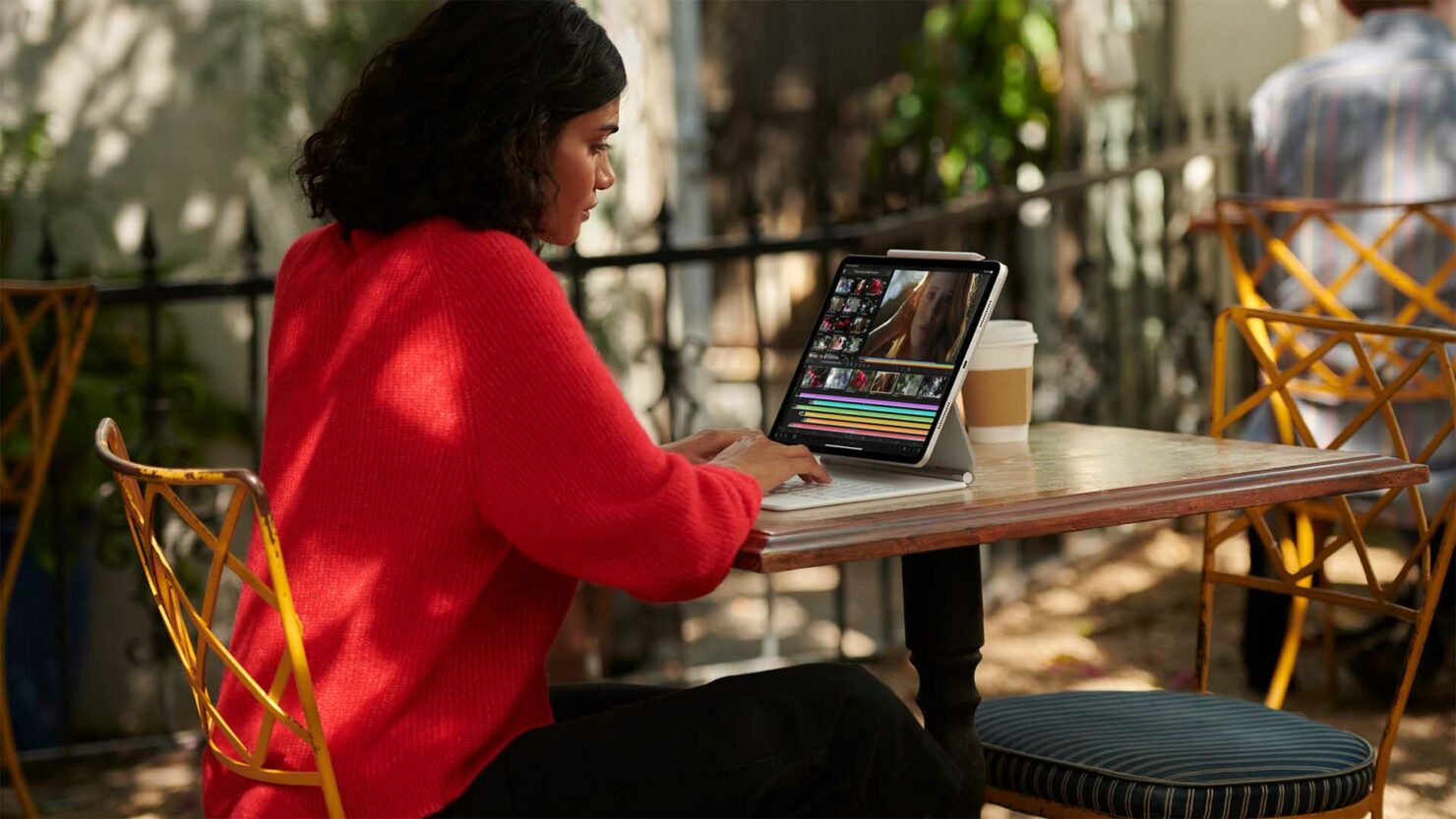 Now that the M1 iPad Pro features desktop-class hardware, Apple can find more ways to make its user base believe that its ‘top of the line’ tablet family can replace your laptop. To further encourage this habit change, the company is rumored to adopt a horizontal camera placement, which can mean that all Face ID components and the front-facing sensor will see a shift in position.

Where the current M1 iPad Pro family features its front-facing camera on the top of the display’s bezel, Dylan, who has provided useful information concerning Apple’s M1X MacBook Pro models, has commented on Twitter that this configuration will be changed. Since many iPad Pro users switch to landscape mode to carry out their desired task, be it content consumption, video editing, or any other, all of these are done while using the tablet in a horizontal position, like using a regular notebook.

However, using your current iPad Pro in this position would make it difficult to capture your face correctly when authenticating, taking a picture, or video calling, so it makes sense that Apple is rumored to switch the camera configuration to a horizontal one. Additionally, the Cupertino tech giant may switch to landscape mode as default, allowing users to immediately see the UI as they would when they power on their notebook.

Future iPad Pro's will feature a horizontal camera placement and a horizontally placed Apple logo on the back. Apple will make landscape mode the default for iPad Pro usage. I have not confirmed whether the next generation model will have this feature but it is in the works.

This change could save a few seconds, but it might mean the entire world to some customers who continuously switch to landscape manually, which makes for a tedious operation. Dylan also mentions that Apple will place the logo horizontally, which is not surprising to hear, given the company’s focus on paying attention to the little details.

Unfortunately, we do not know if Apple will introduce this change in the next iPad Pro. We have heard that the current-generation 11-inch M1 iPad Pro will feature a mini-LED upgrade next year, but apart from that, the tipster shared no other information. Do you think switching the camera and other components to a horizontal configuration, along with the landscape mode being default will make things a whole lot easier for customers daily driving their iPad Pro? Tell us down in the comments.