With today's release, the company is also releasing ISOs for Build 22499 to download. If you are a Windows Insider, go to this link to download the latest ISOs.

In last week’s flight, we introduced the ability to quickly mute and unmute your active meeting calls right from your taskbar. Today we are announcing an extension of that experience with the ability to quickly share the content from open app windows directly from your taskbar to your meeting calls too. This experience, also starting with Microsoft Teams, eliminates the need to flip back and forth across applications just to share or reshare a window. There are no interruptions to your meeting attendees or what they see on screen – share any open window during your call. 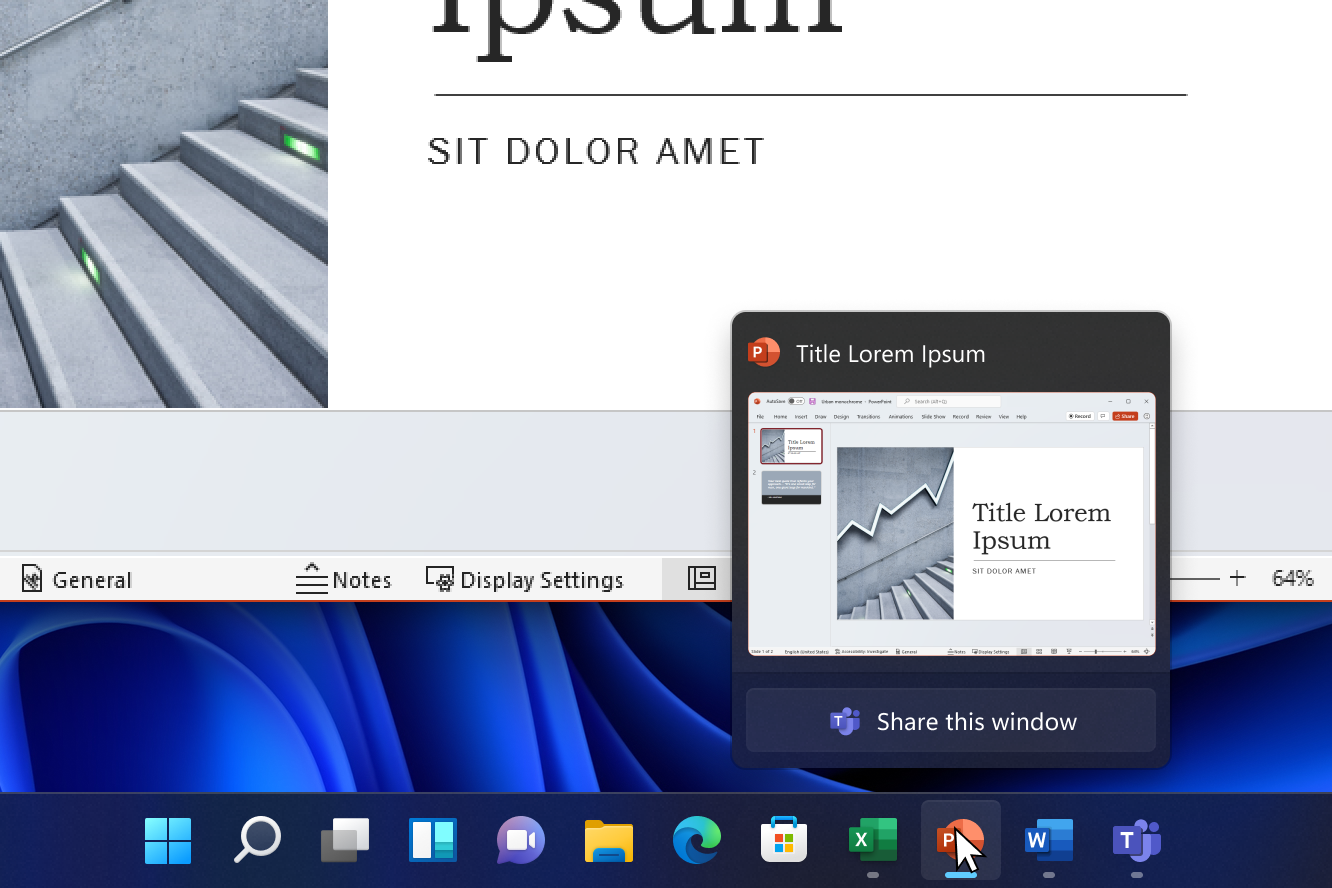 By hovering over open windows on your taskbar, you can quickly share that window with a Microsoft Teams call.

When you are in a meeting call through Microsoft Teams, simply hover over the apps running on your taskbar and you will see a new button that allows you to share your window with your meeting attendees. When you are done sharing your content, hover over the window again and click Stop Sharing or choose another window and click Share this Window. If you’re presenting a full screen presentation in PowerPoint, simply move your mouse to the bottom and your taskbar will pop up for you to share or stop sharing the presentation without interruption to your attendees.

*Features and app availability may vary by region.