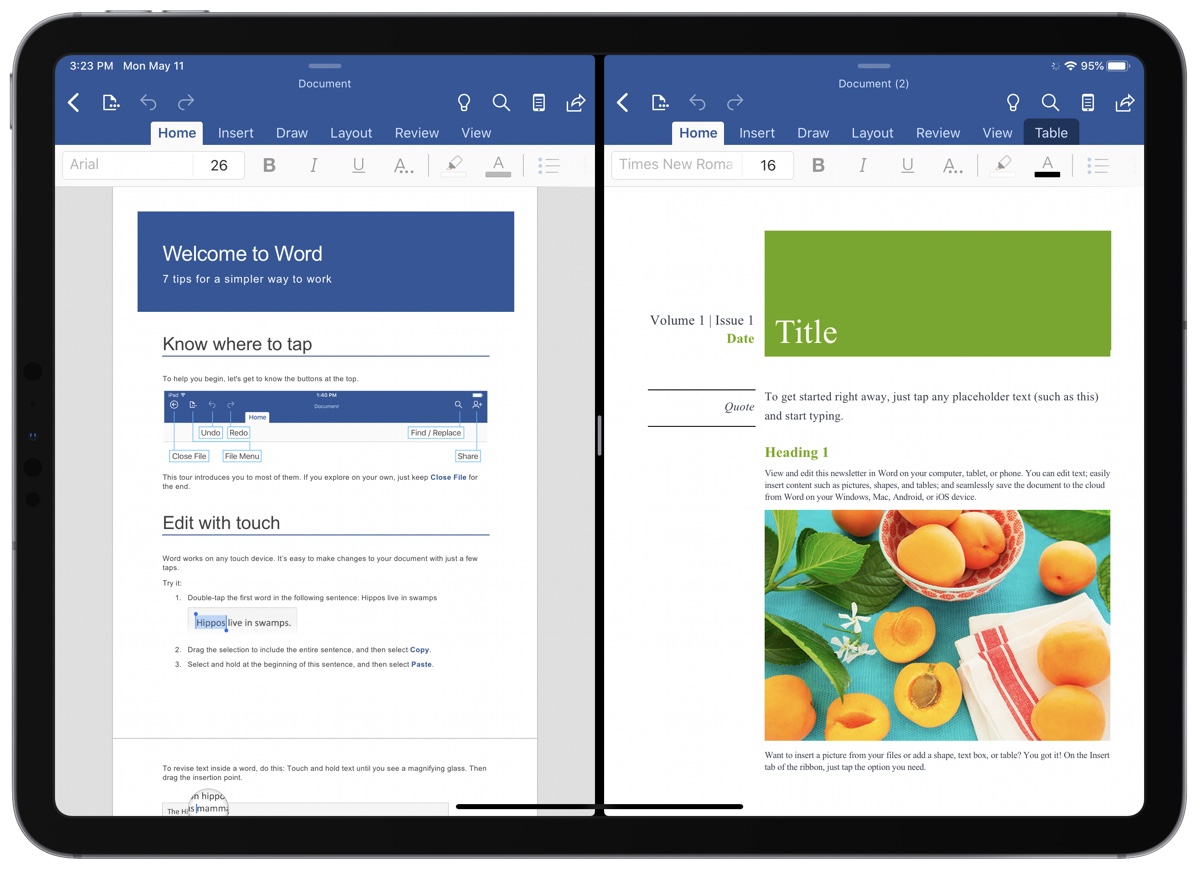 Office apps for iPad have supported Split View for some time as the feature was first introduced with iOS 9. However, Microsoft took some time to introduce multiple windows support for Office apps.

To create multiple windows for an app, open it and then drag its icon from the dock, or Spotlight search, to either side of the screen, to create a Split View with two windows of the same app. Alternatively, you can open an app and then tap its icon again in the dock to show all windows. You will see a small '+' button in the top right corner, which will allow you to create more instances of the same app. You can use this view to close other windows of the app too.

Microsoft is also working on trackpad and cursor support for Office apps for iPad and intends to release them by fall. Users on the Insider builds will likely get access to these features earlier than others.

To use multiple windows, make sure that you have the latest app updates installed on your iPad.