Use Spotify on Your Mobile for FREE!

Spotify is planning to introduce a free, ad-supported version for its mobile users. The music streaming service is already available for free without a paid subscription for desktop and laptop users. Free Spotify for mobile will replace the currently available subscription model. 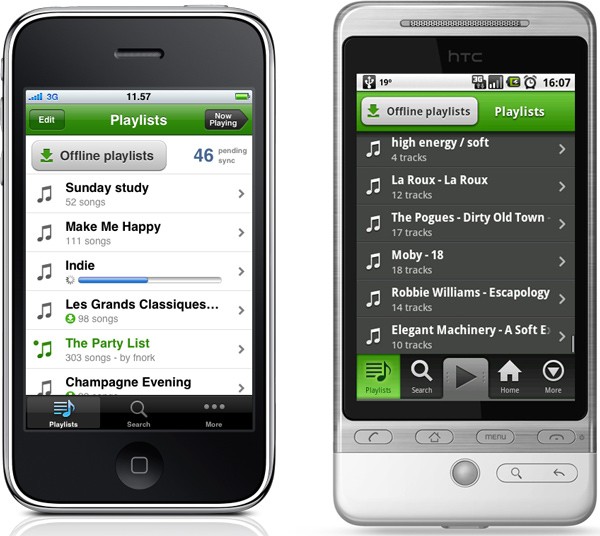 As for now, although you can use Spotify for free on your desktops, you need to sign up for Spotify Premium at $9.99 a month to have the music streaming service on your mobile devices. Wall Street Journal reports that sources from inside Spotify claim that the company is planning a new ad-supported version of its service for its mobile users.

According to the Journal, Spotify has already struck deals with Sony, Universal and Warner for this free service. This free Spotify for mobile platform will be like a personalized radio service, quite similar to iTunes Radio and Pandora. While Spotify already has a personalized solution, however, it is only available with a paid subscription on mobile devices.

The latest ad-supported streaming version will although make it free for smartphone and tablet users, it might annoy a few with too many ads. Forced listening to adverts and other such limitations could be imposed on this free Spotify for mobile devices service.

Year 2013 has so far seen many new music streaming services including Apple's newly launched iTunes Radio. Earlier next year, Beats is all set to launch its own version of Spotify with YouTube joining the race soonest too. With this in mind, it is quite unsurprising to see Spotify making this decision of going mobile for free.

The Wall Street Journal reports that the ad-supported, free music streaming service for mobile devices could be announced as soon as coming week on December 11, in an event in New York.

- reports from The Wall Street Journal