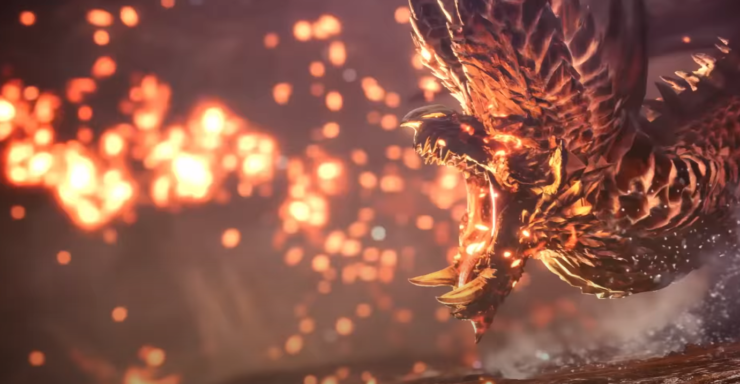 Capcom has announced that Monster Hunter World Iceborne Title Update 4 will be arriving on July 9th.

The news was announced via the official Monster Hunter World Twitter account just now. Arriving alongside the free title update is elder dragon Alatreon. We’ve included the freshly-released Alatreon trailer and a new video announcing Capcom’s new upcoming developer diary down below. The developer diary will air on July 3rd at 5:00am PDT / 1:00pm BST.

Monster Hunter World and its Iceborne expansion are available now globally for PC and consoles. Title update 3 was released back in March of this year.

Monster Hunter World: Iceborne whisks players off to explore the newly discovered Hoarfrost Reach, a snow-covered locale that progressively expands with the story and is home to the mysterious new Elder Dragon, Velkhana. To help hunters on their journey, new gameplay features have been added including the new Clutch Claw mechanic and updates to all 14 weapon types that will provide additional combat options. Other new “series first” gameplay features include a two-player balanced difficulty scale, the ability to ride small monsters to traverse maps and a Hunter Helper player incentive to encourage more experienced hunters to help Low and High Rank players progress through the game. The expansion also introduces hunters to a new higher difficulty rank, called Master Rank. Hunters must have completed the main story in Monster Hunter: World through Hunter Rank 16 in order to access Master Rank and all the new Iceborne story and quests.