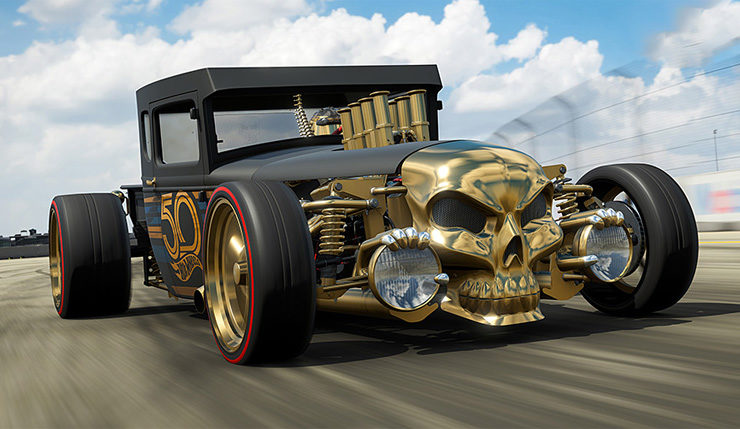 Most car enthusiasts begin their vehicular obsession long before they’re old enough to get behind the wheel for real. Pretty much ever car lover started as a kid crashing, bashing, and racing their Hot Wheels cars around their living room floor, so it’s fitting that Forza Motorsport 7 will soon be getting a lineup of nostalgic Hot Wheels rides.

The Hot Wheels Anniversary pack, which celebrates the 50th birthday of Mattel’s brand, will be free for Forza Motorsport 7 owners and include seven cars, some based on real-life rides, and some very much not. Here’s the full list – check out images of all the cars in the gallery:

In addition to the cars, the Hot Wheels Anniversary pack will include a series of five Driver Gear suits, which you can unlock via in-game challenges.

Forza Motorsport 7 and Forza Horizon 4 are both available now on PC and Xbox One. The Hot Wheels Anniversary pack will be available as part of the Forza Motorsport 7 November update, which is scheduled to drop tomorrow (November 6). What do you think? Eager to relive some die-cast childhood memories?