Forza Motorsport 6 Will Not Disappoint Anyone

Forza Motorsport 6 is an upcoming racing video game under development by Turn 10 studios ad is published by Microsoft. The game will be an exclusive to Xbox platform as confirmed earlier during the North American International Auto Show in Detroit, Michigan on the 12th of January, 2015. The game is going to be the sixth instalment in the famous Forza Motorsport series and is available for pre-order on the official Forza Motorsport website. At the announcement, the Turn 10 Studios Creative Director Dan Greenawalt also commented on the game, where he said:

Just as Ford has pushed the boundaries of car technology in GT, Forza Motorsport 6 will embrace that spirit of innovation as our most technically advanced racing simulation to date, offering a fun and realistic automotive experience for both car lovers and gamers. We're excited to unveil gameplay at E3 in June. 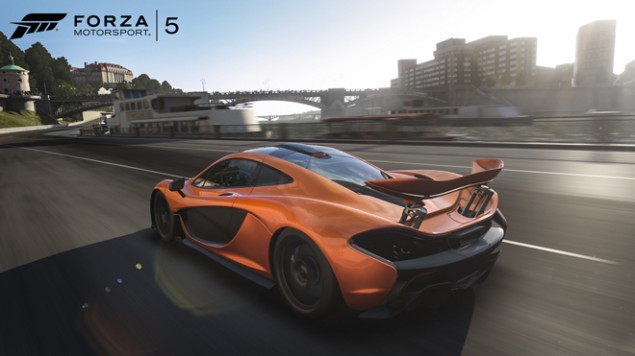 After the revelation of the game at the Detroit Auto show, Microsoft has been quite about the upcoming game. However, yesterday Xbox EMEA Social Marketing Manager Graeme Boyd and Xbox Global Director of Games Marketing Aaron Greenberg talked a bit about the game on Rectify Gaming Podcast where Graeme Boyd also praised the Xbox boss Phil Spencer and the nintendo Wii U lineup. You can read more about that if you Click Here. 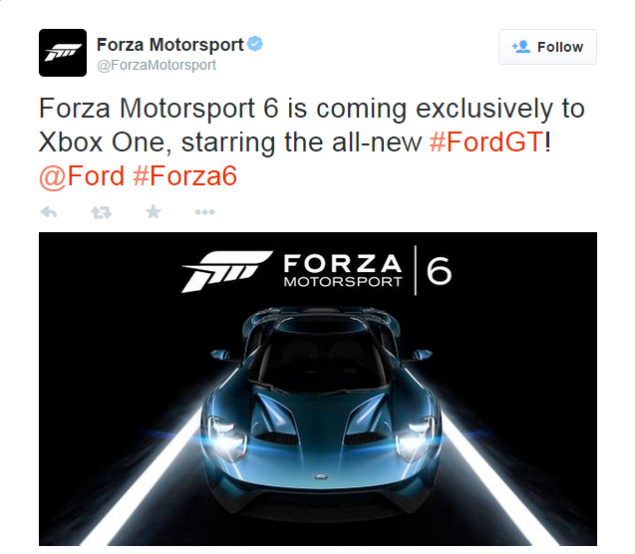 He also commented on the upcoming racing game Forza Motorsport 6 where he said:

"Stay tuned on that one. There will be lots of Forza news to come, and Turn 10 in particular is good at communicating with the community when they have stuff to talk about."

"From what I've seen, no one is gonna be disappointed about that game."

Greenberg took a bit bolder step forward and listed the game as one coming this Holiday season and confirming what many thought would be the case. The game will feature the new Ford GT aswell and the developers will not be taking the game lightly. Earlier in the announcement when the Ford GT was mentioned, Turn 10 Creative Director Dan Greenawalt said:

"The Ford GT in 2005, was the car that our team used to actually come up with new ideas for the gaming space, with Autovista, which is a mode in which you can use Kinect, motion tracking to move around the car, open up the door, get inside, and it was getting a new generation into cars."

Well this sets it up very good for the release of the new game and as a gamer, I'm very excited to see how Xbox matches the level set by the recent PS4 Driveclub release.