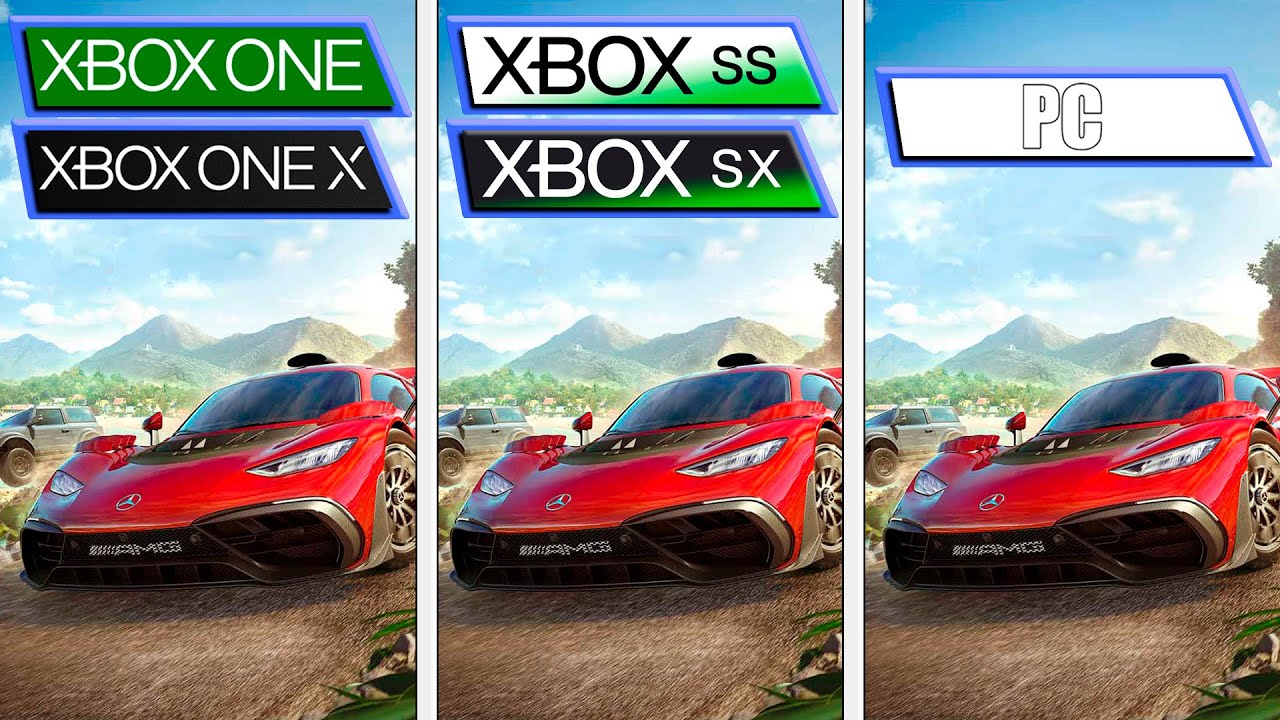 With Forza Horizon 5 reviews slowly dripping in, the first graphics and fps comparison video has now surfaced as well, showing near-perfect performance across all platforms in all graphic modes.

Developer Playground Games has quite the track record when it comes to optimizing its games, and the latest Forza Horizon installment is no exception. As expected, there are graphical and performance differences between the platforms with the PC version running the game on maximum settings on an NVIDIA RTX 3080. Interestingly, however, is that the Xbox Series X matches the highest PC settings in the game’s quality mode (4K@30FPS). The Series X also supports a performance mode that runs the game in 4K resolution at 60FPS – this mode decreases the quality of reflections, ambient occlusion, shadows texturing, and vegetation in order to maintain a steady framerate.

The Xbox Series S version of the game offers two graphical modes – a performance mode that runs the game in 1080p at 60FPS and a quality mode at 1440p and 30FPS.

Those playing the game on Xbox One X will be interested to learn that the game only offers a quality mode that runs the game in 4K resolution and 30FPS, matching the visuals of the game running on the Series X|S in performance mode.

On the base Xbox One (and Xbox One S), Forza Horizon 5 runs in 1080p at 30FPS with solid performance. This version, however, has fewer NPCs and a lower draw distance compared to the other versions.

As for loading times – the game loads up to 4 times faster on the new Series X|S with the Xbox One and Xbox One X versions packing additional loading screens.

Check out the comparison down below and judge for yourself:

Forza Horizon 5 launches globally (early access) tomorrow for PC, Xbox One, Xbox Series X|S. Be sure to read our very own review in case you haven’t done so yet.