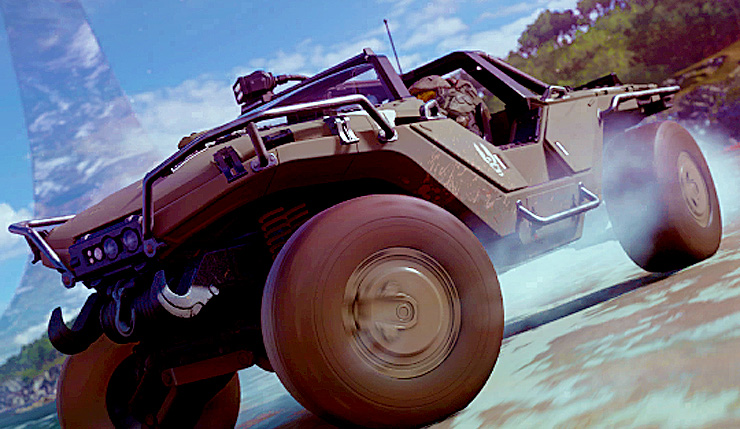 Forza Horizon 4 won’t be officially released until October, but some folks already have the game’s files, as they were accidentally made available for pre-load on PC back in June. Since then, some clever fans have been doing a bit of digging and discovered some rather interesting things!

This weekend, a big batch of images, which hint at car collections, events, and, yes, a Halo-themed event, were dumped on Imgur -- you can check out all the images here. Meanwhile, here’s that Halo image…

Halo’s Warthog has appeared in past Forza games, but this shot also features a Covenant ship and Halo ring in the background. While nothing is confirmed, it seems like we may be getting a full Halo-themed Showcase Event or DLC. This is further confirmed by a Halo-themed map icon  spotted by fans during one of the recent Forza Horizon 4 livestreams. Based on the beachy location of the Halo event, fans are speculating it may be based on “The Silent Cartographer” mission from the original Halo.

Forza Horizon 4 developer Playground Games recently revealed a ton of info about the game via a series of seasonally-themed livestreams – I suggest you check out spring, summer, fall, and winter. Here’s the official Forza Horizon 4 description for those who haven’t been keeping up:

Collect Over 450 Cars and Customize Your Horizon Life – With over 450 cars from more than 100 licensed manufacturers, Forza Horizon 4 features the largest and most diverse Horizon car roster yet with all the customization options Forza players love. And for the first time in the Horizon series, players can own property that unlocks new items and gameplay perks.