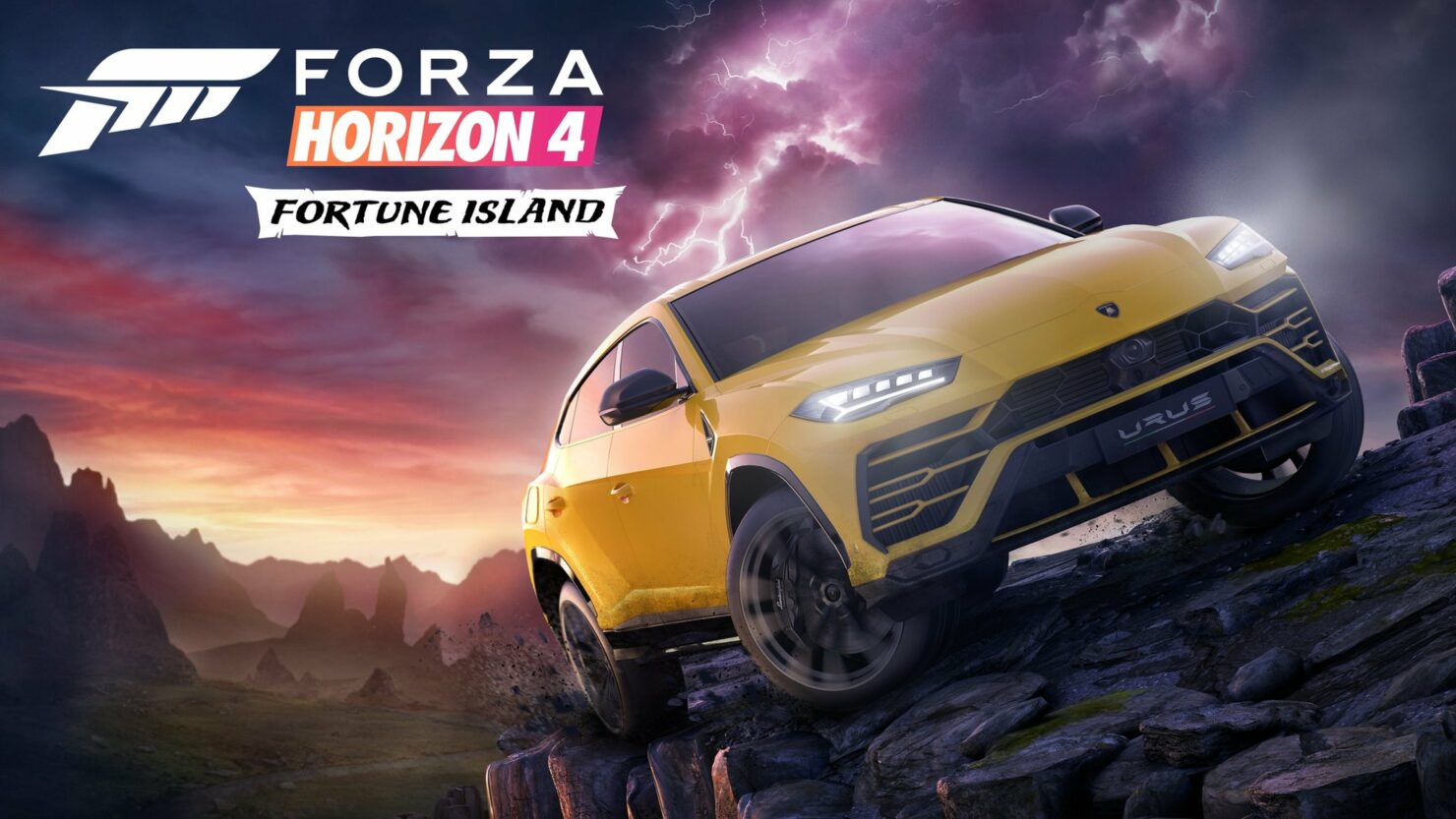 During the Inside Xbox: X018 special live stream this weekend, Playground Games announced Fortune Island, the first expansion coming to their hit open world racing game Forza Horizon 4. Fortune Island will be available on December 13th as part of the Expansion Pass Bundle, which is included for owners of the Forza Horizon 4 Ultimate Edition.

Fortune Island takes players on an all-new adventure in the remote northern reaches of the British Isles, where they will encounter extreme conditions including fierce lightning storms, perilous cliffside dirt roads, and sweeping paved mountain switchbacks under the mystical glow of the aurora borealis in search of hidden treasure.

Forza Horizon 4 players will also be able to drive all five of Ken Block’s high-powered, custom-built Ford vehicles from the upcoming GymkhanaTEN, the 10th installment of the award-winning, Gymkhana viral video franchise. These rides began rolling out in Forza Horizon 4 earlier this month for Car Pass members with the release of the 1977 Ford GymkhanaTEN, F-150 Hoonitruck and the 1993 Ford Escort Cosworth Group A. Coming in November for all players are the 1965 Ford Hoonicorn Mustang V2 and the 2017 Ford Fiesta RS and arriving in December is the 2016 Ford GymkhanaTEN Focus RS RX.

About one month after launch, Forza Horizon 4 is doing extremely well. It's already the fastest selling game in the series as well as the best one yet.

Indeed, their rendition of Britain only made us anticipate more their second team's project, rumored to be none other than a reboot of Fable. Sadly, Playground's Creative Director Ralph Fulton recently said it will be quite a while before we get to learn anything about that project straight from the developers. That doesn't mean there won't be rumors and leaks, though - stay tuned on Wccftech to get all the latest.