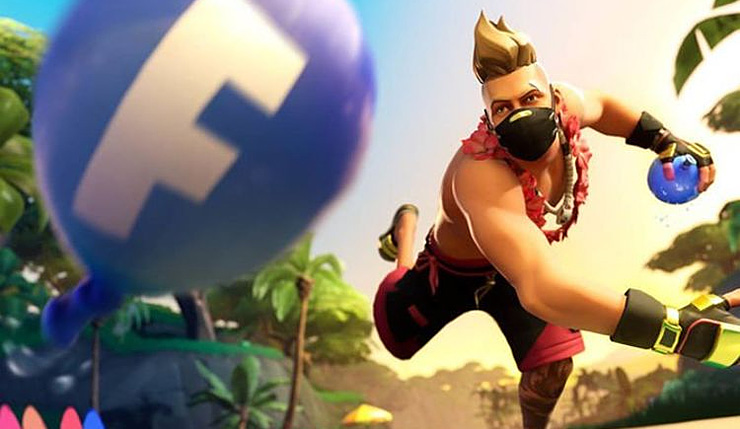 Fortnite getting a new map is a pretty big deal. While Epic constantly updates and remixes Fortnite, the game has only ever had two totally unique maps. Well, it seems a new Fortnite map has been revealed, but it’s a little bit different anything that’s come before. Fortnite dataminers have found the following map, codenamed “Papaya” in the game’s latest update…

As you can see, the map looks to be quite a bit smaller and less treacherous than the main Fortnite battle royale map. This new map appears to be dominated by a large central hub, and based on the icons, there are numerous locations where you can participate in various races, and soccer, motorboating, and glider challenges. Papaya looks like a fun place to chill out, and it seems that’s exactly what Epic is going to be using it for. Fortnite dataminer ShiinaBR also uncovered this description for new limited-time mode.

Party Royale: Welcome to the Party! Leave your weapons and mats behind and hang out with friends, play games, perfect your skydive and more. The party’s just getting started!

Given how much time so many players spend in Fortnite, it certainly makes sense for Epic to test out a new social space like this. They’ve already been trying out other kinds of Fortnite social experiences, with a recent performance by rapper Travis Scott attracting millions of viewers. Also, this new map kind of reminds me of the island from Wii Sports Resort, which I actually have a certain amount of fondness for. Here’s hoping the new island becomes a positive, non-toxic place for folks to hang out.

Fortnite is currently available on PC, Xbox One, PS4, Nintendo Switch, and mobile platforms. What do you think? Will you be trying out Party Mode?