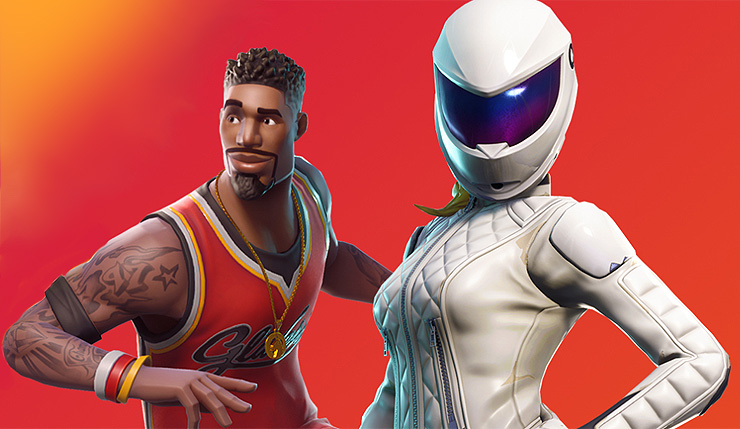 As you may have heard, Fortnite is doing pretty well for itself, but it’s been a while since Epic Games released any hard numbers. We finally got an update last evening – according to Epic, August was Fornite’s biggest month ever, with 78.3 million active users showing up to play. Damn!

And the Fortnite juggernaut rolls on! Epic has announced details for their second competitive tournament season, the Fall Skirmish. For this season, Epic has divided the top 500 players into five clubs -- Fort Knights, Lucky Llamas, Dusty Dogs, Rift Raiders, and Bush Bandits – which will earn Club Point based on their members’ performances in weekly trials and high-skill events.

The tournament will be spread out over six weeks, which will include a variety of match types and team sizes. Week One of competition, which kicks off today (September 21), will see players compete in Hold the Throne Duos matches. Here’s what kind of teams you can expect for the following weeks:

Epic Games will be awarding a whopping $10 million in prize money over the span of the Fall Skirmish. You can catch all the big matchups on the official Fortnite Twitch channel.

But hey, what if you’re just a regular Fortnite player who isn’t interested in the competitive stuff? Well, you’ll have to wait just a little bit longer for the kickoff of Season 6…

Season 6 is now dropping from the Battle Bus on September 27.

Celebrate its arrival and unlock those final Battle Pass rewards with an additional 400% Match XP all weekend, from now until September 24 at 8 AM ET (1200 GMT). Glide into the party! ?

Epic hasn’t teased much about what Fortnite Season 6 might entail – a large purple cube recently appeared, stomped through Tilted Towers and fell into Loot Lake, turning it into purple bouncy Jell-O. Other than that, we don’t know a whole lot. Guess we’ll just have to wait until next week to find out more.