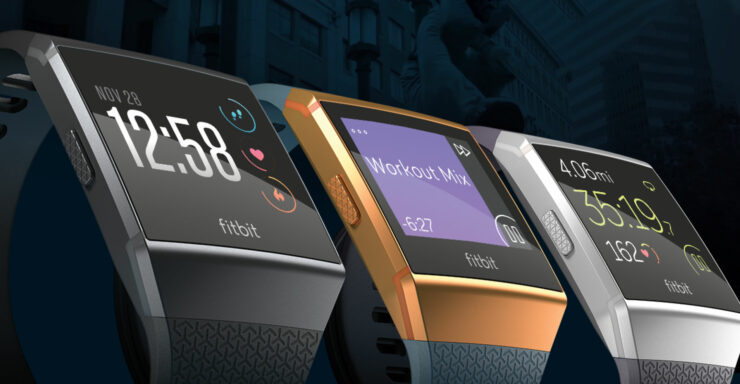 Google’s parent company, Alphabet Inc. (NASDAQ:GOOGL), has made an offer of an undisclosed amount in order to acquire Fitbit (NYSE:FIT), the company that produces wearable devices for fitness enthusiasts, according to a report by Reuters.

The conclusion of a deal between Alphabet and Fitbit is not a certainty at this stage as negotiations are still continuing. Nonetheless, the deal would grant Alphabet a lucrative slice of the market for wearable devices. Currently, the tech giant only licenses its Wear OS to companies such as Fossil (NASDAQ:FOSL) but does not manufacture its own wearables.

On Monday, Fitbit’s stock was halted after skyrocketing more than 18 percent. Once trading resumed, the stock ended the day up by a whopping 30.5 percent, thereby, adding more than $330 million to its market cap which now resides at around $1.5 billion. Year-to-date, Fitbit’s shares are up more than 12 percent. It should be noted here that, up until recently, Fitbit was one of the most shorted U.S. stocks. The short interest in the stock one year ago stood at 44 million shares or an astounding 20 percent of the entire float. As of Monday morning, the short interest comprised of 29.3 million shares or 13.1 percent of the float. This likely means that a significant proportion of Fitbit’s short sellers have been ‘steamrolled’ over the past 24 hours.

Google has struggled to compete against Apple (NASDAQ:AAPL) as its Wear OS enjoys only limited support and is currently employed by the likes of LG (KRX:066570), Fossil and TicWatch. Even Samsung (KRX:005930) has avoided Google’s wearable OS in favor of its own Tizen-based software. Nonetheless, the tech giant’s wearable ambitions are far from over. In January 2019, Google paid $40 million to acquire smartwatch technology from Fossil. At the time, a Fossil spokesperson characterized the acquisition as a “new product innovation that’s not yet hit the market.” Moreover, there have been persistent rumors over the years that Google was working on a Pixel-branded smartwatch. At one point in 2016, Google almost released its own smartwatch. The plan, however, was reportedly cancelled over fears that the device could “...bring down the name of the Google hardware brand.” The smartwatch was, ultimately, released under the LG banner in 2017 to run-of-the-mill reviews.

Since that time, Google’s hardware ambitions have grown exponentially as it acquired a significant proportion of HTC’s (TPE:2498) smartphone engineering team in 2017 for its Pixel smartphones. Google now envisions its hardware strategy as one built upon ‘ambient computing’ – a concept that allows users a seamless access to Google’s services irrespective of where they are. The purchase of Fitbit will certainly allow the Google to aggressively compete against Apple in the sphere of smartwatches and trackers.

As far as Fitbit is concerned, this deal could turn into a much-needed boost as the wearable device manufacturer has struggled against its competitors for some time now (read our relevant coverage here for additional context). In the second quarter of 2019, the company earned $314 million in revenue but reported an overall net loss of $69 million. Though revenue from its tracker device increased by 51 percent year-over-year and represented 59 percent of the overall revenue, the smartwatch revenue decreased by 27 percent on an annual basis partly due to weaker than expected sales of Fitbit Versa Lite. Consequently, Fitbit’s investors will certainly follow any further developments on this front very closely.