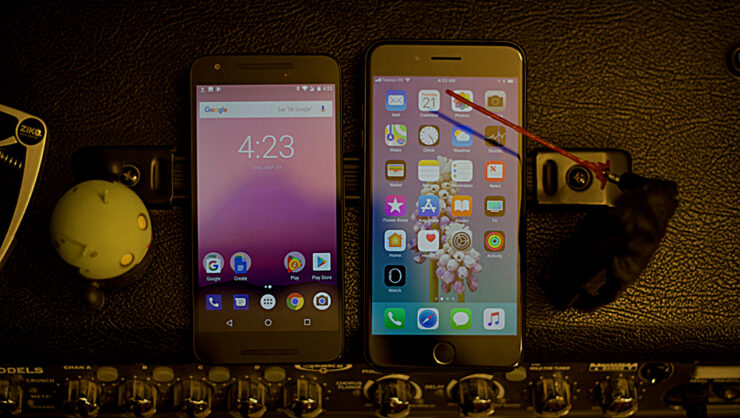 Here’s our full and final visual comparison between iOS 11 and Android 8.0 Oreo. We will compare corresponding features between both the operating systems using side-by-side screenshots.

The last time we compared iOS 11 and Android Oreo, both were in beta and the latter didn’t even have a name back then. It was being identified by the moniker ‘O.’ Now though, things have come pretty far and both operating systems are available in the public domain. Android Oreo’s availability is extremely limited but you can drive it around if you happen to have a Nexus 5X, Nexus 6P, Pixel, Pixel XL or a Pixel C. iOS 11, on the other hand, can be downloaded on a wide variety of devices immediately. If you have an iPhone as old as the iPhone 5s, you’re well into the compatibility list. iPads are, of course, included in the list.

As soon as I saw the Android 8.0 Oreo update show up on my Nexus 5X, there was no way I was going to skip out on comparing it straight to its arch rival, iOS 11. Sure, there are drastic visual changes if you jump from a Nexus to Pixel, such as a new app launcher. But hey, it’s the same operating system nonetheless, and carries the same changes and refinements which Google wants to show off across the board.

So without further ado, let’s compare the two operating systems, side-by-side. [iOS will be on the left, Android on the right.]

As you can see, the latest form of iOS and Android are pretty different in a lot of areas. Apple, for instance, has chosen to go bold this year (literally) by adopting a type face that is more readable and lots of rounded corners. Google, on the other hand, has decided to keep things similar to Nougat while implementing subtle changes throughout the system. But if you dig into the Settings app on Oreo, then you’ll come to realize how different things can immediately become. Still, we love both regardless of what they have to offer. After all, it’s always good for the consumer to have a choice at hand and go forward with it.

After all these years, which one have you decided to choose as your weapon of choice? iOS 11 or Android Oreo? Sound off in the comments section below.

Looking to install Android 8.0 Oreo on supported devices? Well, today's your lucky day as we have a proper guide for it, as well.