Final Fantasy XV director Hajime Tabata has posted a New Year's letter in which he wishes everyone a happy new year, and reconfirms that Final Fantasy XV will finally be releasing in 2016. 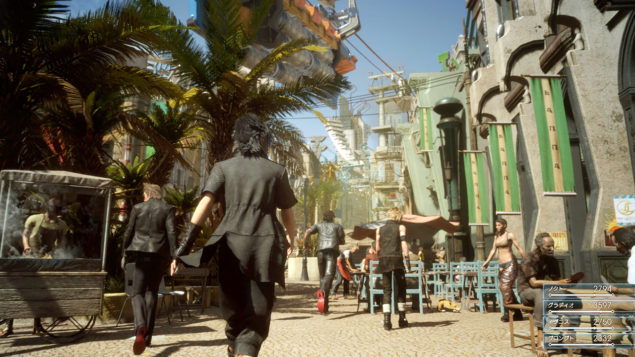 The armed forces of Niflheim launch a devastating assault upon the Kingdom of Lucis, casting Crown Prince Noctis and his comrades out of their homes and into the fray. The engaging tale to follow draws audiences into an awe-inspiring world steeped in the rich storytelling traditions of SQUARE ENIX's renowned First Production Development Team.

Fans of the series have been eagerly waiting for a release date since then, but Square Enix has only revealed that the game will be releasing somewhere in 2016.Development on the RPG has been slow, and many fans don't expect the series to be actually released in 2016. A 2016 release frame was announced at PAX Prime in August 2015.

“We’re proud of our technical capabilities and the work we’ve done to help shape the open-world genre,” said Sundberg. “We hold the FINAL FANTASY franchise, and the team working on it, in such high regard and are excited to be a part of the next chapter", said Chief Creative Officer Christofer Sundberg, during the event.

Alongside the announcement, a 'driving' gameplay for the game was released by Square Enix.

Although some might not believe a 2016 release any longer, Final Fantasy XV director Tabata has reconfirmed a 2016 release today. In his New Year's letter, Tabata writes that the final phase of development, will "focus on effort and willpower".

We will finally release FFXV this year, in 2016! In development, previous phases required wisdom and strength. However, moving forward the final phase will focus on effort and willpower.

I vow to you all that every member in the team will do their best to the very last possible moment taking responsibility and pride in their craft.

We will do everything we can do to finish FFXV to create an experience we are incredibly proud of and one that you will enjoy and treasure.

The whole FFXV team appreciates all of the support from each and everyone one of you this past year.
I cannot tell you how much it means to all of us.

We’d like to celebrate a wonderful New Year and as we approach the release of FFXV, I’d like to enjoy that moment with you all. 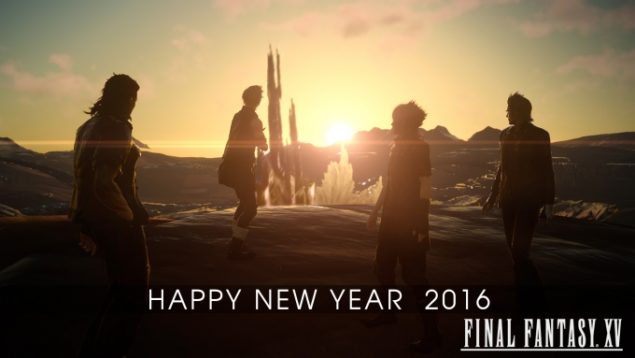 Alongside his New Year's letter, Tabata released a great looking visual for Final Fantasy XV to wish everyone the best in 2016.