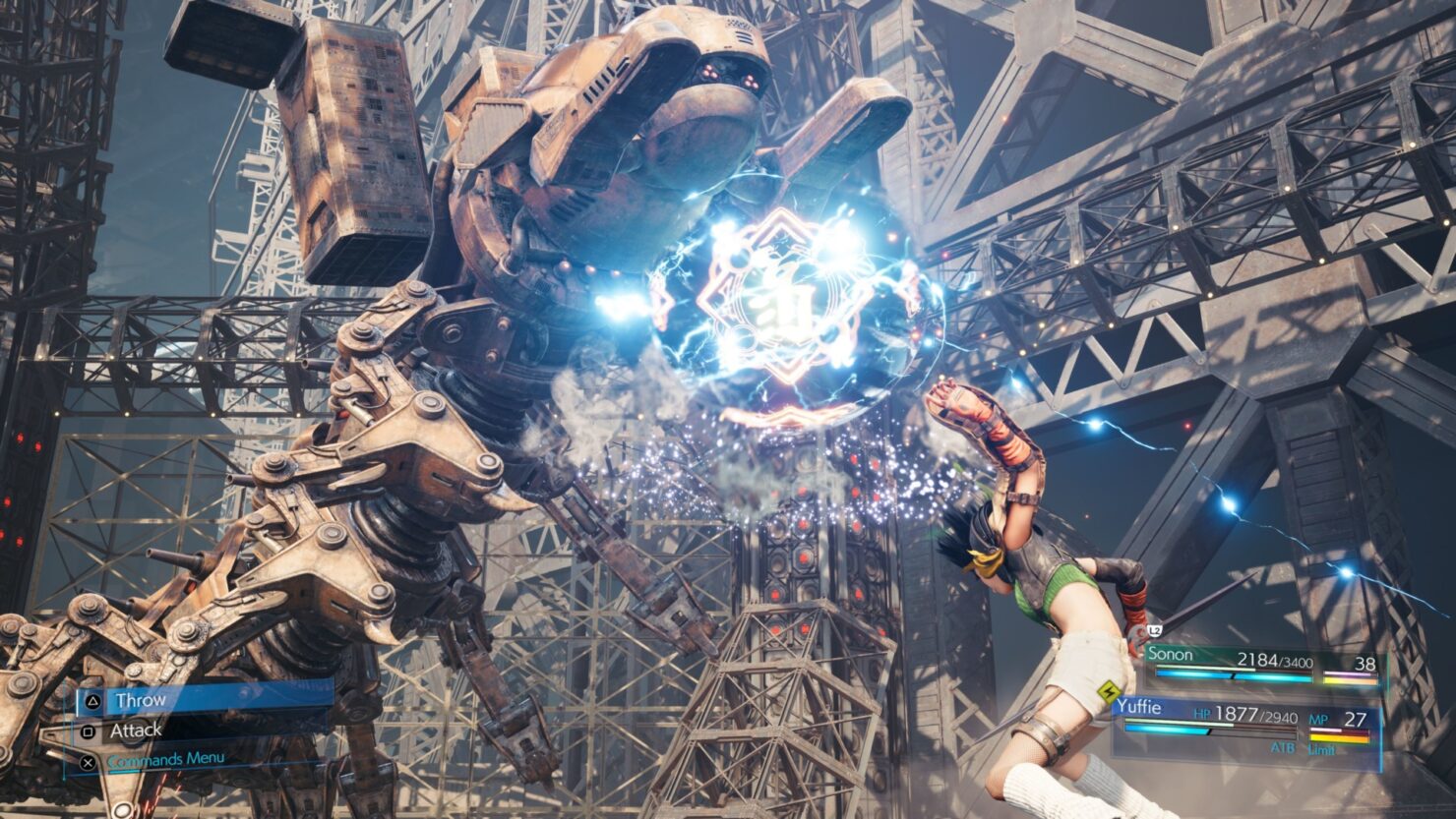 The new screenshots, which can be found below, are accompanied by some new gameplay details on Yuffie's combat abilities. The character will not only be able to throw her massive throwing star at enemies but also use Elemental Ninjutsu, the Banishment and Windstorm abilities, and more.

As a member of Wutai's elite corps of ninja operatives, Yuffie's Unique Ability allows her to throw her iconic massive throwing star at enemies. During that time, she is able to attack with long-range ninjutsu that can be augmented with her Elemental Ninjutsu ability, which can change its affinity to fire, ice, lightning or wind.

Another of Yuffie’s abilities, “Banishment,” unleashes an attack that does more damage based on how much ATB was spent before it. Similar to her Unique Ability, its elemental affinity can be changed with Elemental Ninjutsu.

Yuffie can also use “Windstorm,” which creates a damaging gust of wind that damages nearby enemies and launches them towards her.