[Update 1/10] Since publishing our original story, GameSpot has updated its article, stating that the demo release on March 3 was an incorrect assumption on their part.

This piece originally stated a Final Fantasy VII Remake demo would launch alongside the game. This was an incorrect assumption on GameSpot's part and we regret the error.

[Original story] The rumored Final Fantasy VII Remake Demo will be releasing alongside the main game on March 3, if GameSpot is to be believed.

The demo for the upcoming remake of Final Fantasy VII supposedly leaked on the official PS Store last week, and while it wasn’t publically available, a certain number of PS4 owners managed to download and play the demo. The demo was thoroughly datamined and contained loads of details, including screenshots and story details that shouldn’t be in the demo.

Neither Sony nor Square Enix has released a statement following the leak and many are wondering when the demo for this highly-anticipated game will be released. We’ve seen reports of the Square Enix’s support center saying that they have no details to share whether when or if a demo will be released, but other than that, there has been utter silence.

If media outlet GameSpot is to be believed though, the Final Fantasy VII Remake demo is releasing for the PlayStation 4 alongside the main game on March 3 (we made a screenshot in case GameSpot decides to pull or alter the post). 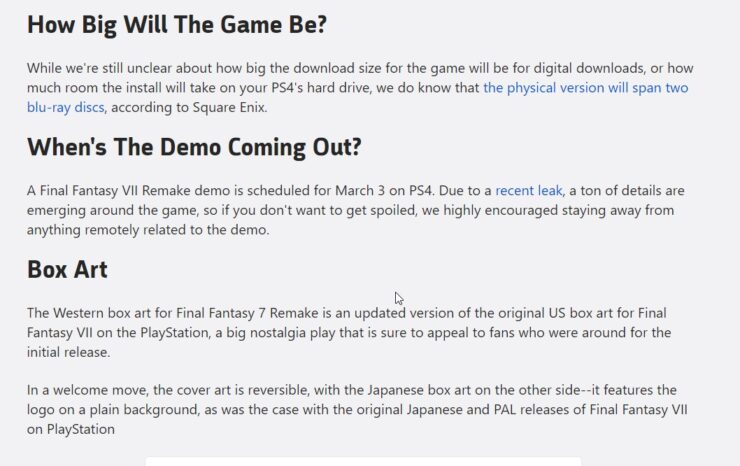 Whether GameSpot knows more than we do remains to be seen and there's a good possibility that this is merely a random date that they wrote down. However, there are some indications that Square Enix does intend to release the demo alongside the main game. For instance, those who played to demo claim that no release date at the end of the demo has been mentioned and the demo doesn’t seem to include a pre-order option. Instead, the demo invites players to ‘purchase’ the demo, suggesting that the main game has already been released once the demo is available for play. 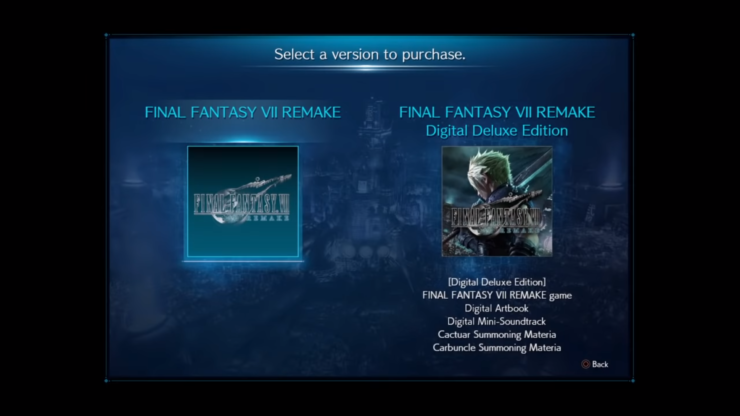 What do you make of this? Do you believe that the demo will be released alongside the full game on March 3? Did GameSpot just wrote down a random release date? Hit the comments below.

Final Fantasy VII Remake is releasing on PlayStation 4 on March 3. The game will be exclusive to Sony's platform for a one-year period.