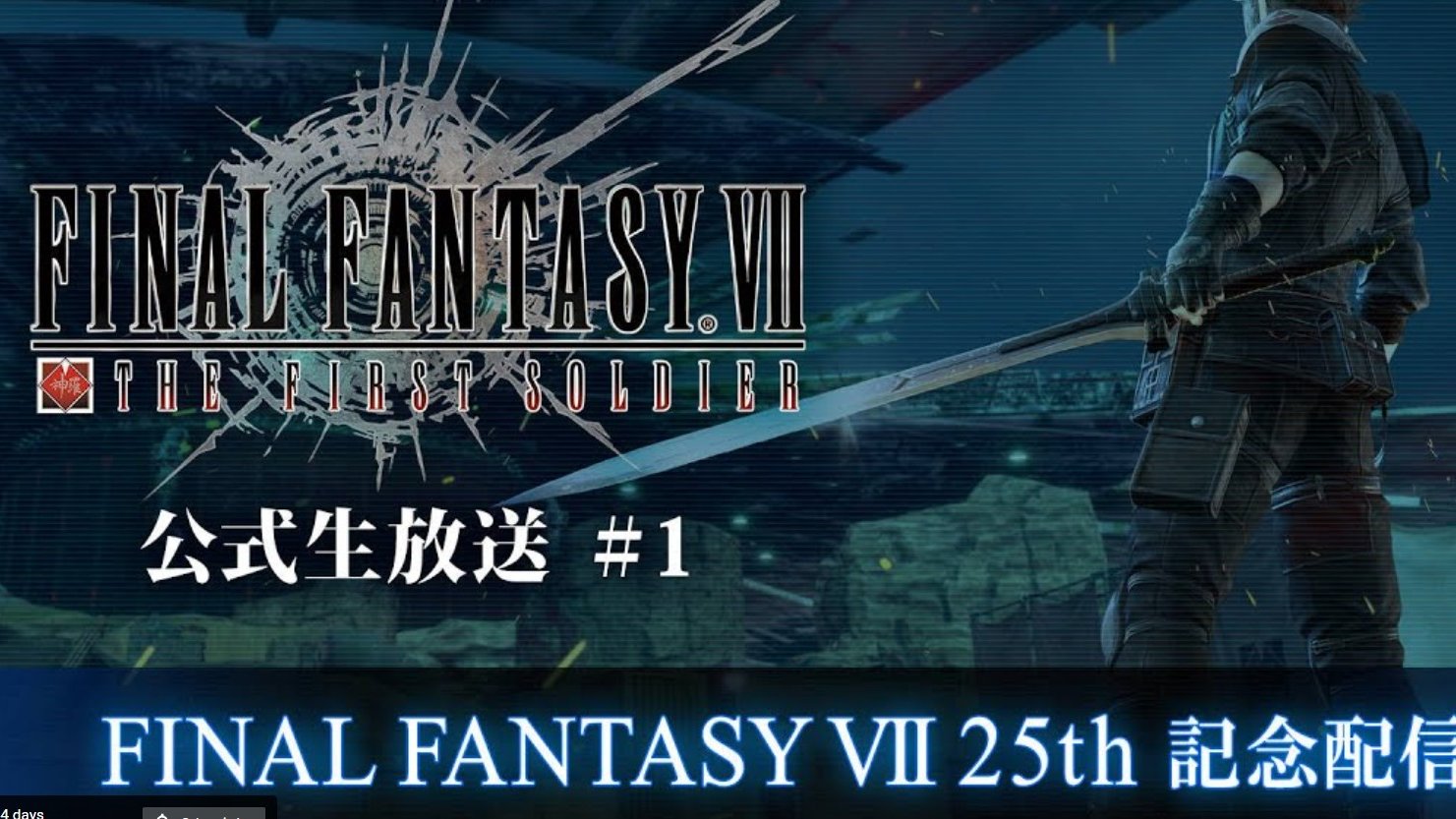 The livestream, as reported by Final Fantasy Union, will be focused on delivering the latest information on FFVII: The First Soldier. However, given how Tetsuya Nomura and Yoshinori Kitase will appear as special guests, it's not unlikely that we may hear more about what's in store for the next part of the remake.

Expect information on Season 2 of The First Soldier... and who knows what else? Ever Crisis? #FinalFantasy7Remake Pt 2? pic.twitter.com/8zDev3GI34

Last month, Producer Yoshinori Kitase did mention that the world of Final Fantasy VII will continue to expand in 2022, so news on the remake or other projects related to the game is set to come in the near future. Square Enix was seemingly teasing something new related to Red XIII last month as well, so it's not unlikely that another story DLC for the first part of the remake may release before the highly anticipated second part.

Final Fantasy VII Remake is now available on PC, PlayStation 5, and PlayStation 4. Learn more about the PlayStation 5 release by checking out my review.