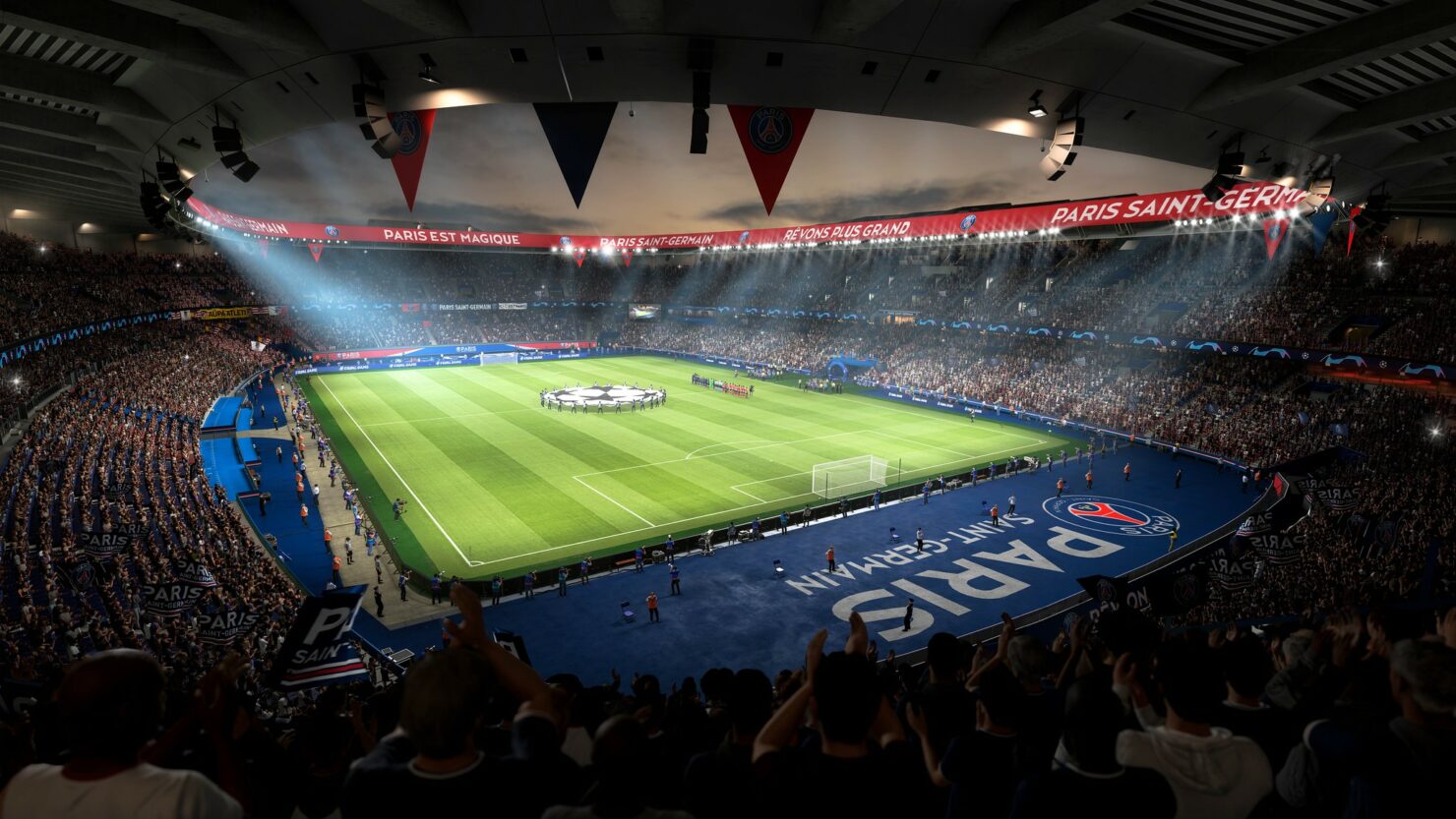 FIFA 21 on PlayStation 5 will come with full support for the DualSense controller and more, offering a true next-gen experience.

Whether you’re making a last-ditch block to save a certain goal, or smashing one in off the bar from outside the box, the DualSense controller’s haptic feedback responds to what happens on the pitch. With more control over both the intensity and the location of the haptic feedback, you’ll now feel things like powerful left-footed shots with vibrations on the left side of the controller, and more intense feedback from crunching head-on tackles than when players jostle for position at corners or free-kicks.

The adaptive triggers on the DualSense controller also allow us to increase trigger resistance as stamina drains, meaning you’ll feel the effects of players’ tiredness as their fitness decreases throughout the game. This is only available on PS5, and we’re excited for you to feel the difference the DualSense makes to FIFA 21, immersing you into the intensity of a match in ways that weren’t possible before.

Also exclusive to PS5 players is Activity Cards which let you jump to your favourite mode directly from the PlayStation home screen. Combined with the lightning fast load times provided by the power of PS5 you’ll be able to get into matches quicker than ever before. We’re clocking in at under two seconds from the pre-game menu to a Kick-Off match. Sorry, pre-game practice arena fans!

LiveLight Rendering also combines with muscle flex and strand-based hair technology to take players to an incredible new level of detail and unlock our most detailed recreations of the world’s biggest stars like Kylian Mbappé and Trent Alexander-Arnold to date!

FIFA 21 on PlayStation 5 and Xbox Series X is also coming with new features not available in the previous-gen versions such as ball deformation and muscle definition. Sadly, these features are not included in the PC version and will not be coming to it, as EA wants to keep the minimum specs down, as reported by Eurogamer.

When we looked at what generation to put the PC game on, we looked at our fans and what capabilities they had with the hardware they have.

And we have that information to understand what the power of the PCs out there in the world are. And when we looked at that, in order to run the gen five game, our min spec would have been at a spot that would have left a lot of people out in the cold not being able to play the game.

So we made the choice to keep the PC version of the game on the gen four version of FIFA so that we can open the doors and be inclusive to everybody who wants to play FIFA.