Football (soccer if you hail from the USA) fans have been waiting to hear this news: EA Sports' FIFA 16 demo is finally available. You can get it from Origin if you want to try it on PC, or from Xbox Live/PlayStation Network's stores if you intend to play on consoles; check out our previous report on what's included in the FIFA 16 demo. 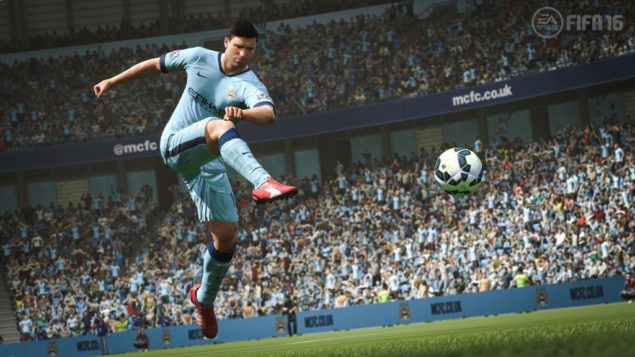 This time around, FIFA's competitor PES has taken the initiative, with Konami releasing a demo of PES 2016 shortly after Gamescom 2015 ended in August. The same will go for release dates: PES 2016 will debut on September 15, a full week before FIFA 16's launch.

Konami demonstrates an aggressive stance in order to catch up with the current king of the genre, but EA Sports didn't quite rest on its laurels either. Perhaps the most striking addition is that of female players, which is a first for the series; the following twelve national teams will be included: Australia, Brazil, Canada, China, England, France, Germany, Italy, Mexico, Spain, Sweden, and the United States. EA Sports also already mentioned that they intend to expand this side of the game in the next few years.

CONFIDENCE IN DEFENDING - FIFA 16 gives you the tools to stop your opponent with confidence. Move with greater freedom as a defender - rely on your team to defend as a unit, and your back line to track menacing runs to create balance between attacking and defending.

DEFENSIVE AGILITY - Use 25 innovative feature changes to mobility and locomotion to track skilled players. Mobile defenders can close down space and change direction quickly using swing-step behavior to stay with your opponent. You'll feel freedom of movement as you track runs and look to break up attacks.

DEFEND AS A UNIT - Defend together, win together. Rely on your teammates to cover gaps when you close down an attacker. New defensive AI gives players better awareness of dangerous space on the pitch relative to the ball and their opponent. Your teammates will track back to stop sophisticated attacking runs, and close down angles of attack.

NEW TACKLING FUNDAMENTALS - Get stuck in and win back the ball with new tackling mechanics and animations. All new slide, standing, and fake tackles make going in for the ball responsive, rewarding, and fun!

CONTROL IN MIDFIELD - Games are won and lost in the midfield - in FIFA 16, the midfield matters. Stay in possession with patient build-up play or ping clinical passes through space to start an attack.

INTERCEPTION INTELLIGENCE - Players anticipate passes and move to shut down options and close passing channels. Smarter teammates will look for space and allow more opportunities to build play through the midfield.

PASSING WITH PURPOSE - A revolution in passing. FIFA 16 lets you play sharp, incisive passes so you can find teammates with precision. Using a new mechanic, ping driven ground passes to find teammates in tight spaces to open up your attacking options.

MOMENTS OF MAGIC - Create more WOW moments. In FIFA 16 players will have that cutting edge every team needs to create moments of magic and unlock defenses.

NO TOUCH DRIBBLING - The best touch can be the one you don't take. Free yourself from the ball to buy time, create separation, feint, and blow by your defender just as Messi does when he is at his best – it’s near limitless creativity on the ball.

DYNAMIC CROSSING - Send that cross in! Authentic crosses let you find teammates with greater accuracy. Attacking players run onto and attack the ball with intent, making defenses scramble as crosses are played behind the back line with vicious intent.

CLINICAL FINISHING - Strike the ball right and finish like a pro. Better placement of the foot and ankle gives players variety in shooting and goals scored. You'll be able to feel where the ball is struck and adjust your approach for improved accuracy and power.

Of course, we'll have to find out for ourselves by playing the game. If you can't download and/or play the game now, though, keep an eye on our YouTube channel later today and we might just stream some gameplay of this FIFA 16 demo.