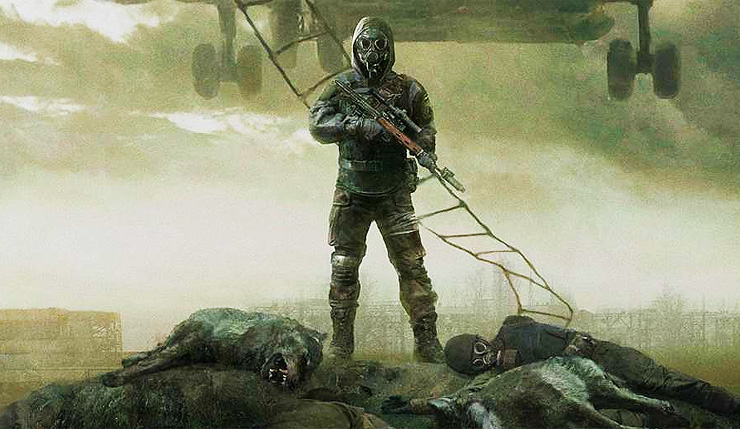 Fear the Wolves, the Early Access battle royale set amongst the ruins of Chernobyl, has dropped a major update, which includes some significant gameplay tweaks and new features. The game now features randomized secret stashes of high-level loot hidden around the map, as well as boarded up buildings that can’t be accessed until you find a fire axe. Wolves and other AI-controlled enemies have also received a major AI upgrade, making them more of a threat to players – single wolves with try to sneak up on you, while groups now have new enhanced pack attack patterns. Oh, and NVIDIA Highlights support has been added, making it easier to capture your most badass moments for posterity.

Here are the notes for the Fear the Wolves “Treasure Map” update:

Locked buildings that need to be broken open with an axe

Hidden stashes around the map, accessible through the discovery of treasure maps

Reworked loading screens. Show 4 tutorial hints, addressing the most important and critical parts of the game

Increased wolf resistance: be sure to shoot for the head!

If you need to know about every minor bug fix and tweak, you can check out the full, unabridged patch notes, right here.

For those unfamiliar, Fear the Wolves is being made by a core team of former STALKER: Shadow of Chernobyl devs and tasks you with surviving 99 fellow players and AI-controller packs of irradiated wolves. Wccftech’s own Rosh Kelly got to sit down with the developers of the game at Gamescom 2018 – you can check out the full interview here.

Fear the Wolves is currently available on PC in Early Access form. The game’s full release, which will include console versions, is coming sometime in 2019.