The Federal Bureau of Investigation paid hackers over $1.3 million to break into the iPhone used by one of the San Bernardino shooters, director James Comey said earlier today when he was speaking at the Aspen Security Forum in London.

- “What If the FBI Tried to Crack an Android Phone?” Researchers Attack a Device to Find the Answer 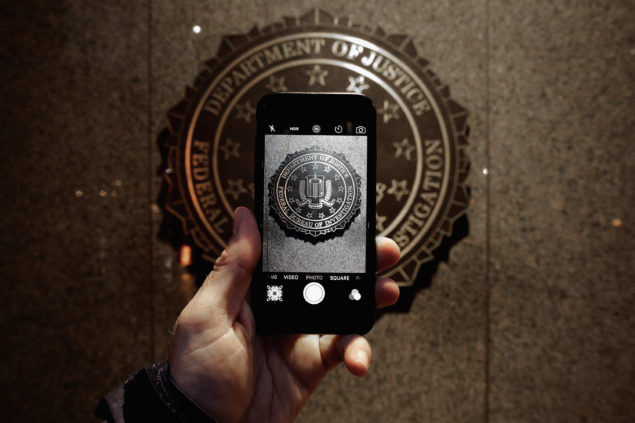 Speaking at the Security Forum, Comey was asked by a moderator how much the FBI paid to get the iPhone unlocked, without the help of Apple. "A lot. More than I will make in the remainder of this job, which is seven years and four months for sure," Comey said. Currently, a director the FBI, Comey's salary is listed at about $14,900 a month, coming to more $1.3 million for the hack without considering any salary increases or bonuses.

This makes it the largest ever publicized amount for a hacking technique, Reuters has reported. Previously, Zerodium has paid black hat hackers $1 million to break into phones. "But it was, in my view, worth it," Comey quickly added to justify the payment. The FBI intends to reuse the hack on the iPhones in the future. While it is reported to be working with older iPhones, the technique will not be applicable on the newer devices featuring Secure Enclave.

FBI had initially demanded Apple to create a custom OS to break into iPhones - something that turned into a heated public debate. Apple, supported by a large number of privacy groups and tech companies, refused to give up user privacy and said that weakening encryption was counterproductive as it will only open backdoors for criminal hackers. The agency took the tech giant to court to force it to break open the smartphone. However, the bureau later said that someone from the outside had approached the government with an alternative method that will help it crack open the smartphone without Apple's help. Later reports indicated that a grey hat hacker was responsible for the technique that the bureau used to unlock the iPhone 5c.

Earlier this week, Apple's General Counsel Bruce Sewell said in a Congressional Hearing that the company is open to casual meetings with the agency to discuss the need for encryption and how the two parties can work together. "Litigation is not a great place to resolve hard values questions that implicate all kinds of things that all of us care about," Comey also seemed to agree when he spoke at the Forum today.