Even though iOS 9's adoption rate reached more than 50 percent, the operating system is said to host a lot of bugs as devices have been reported to show signs of lags and glitches. We know for a fact that Apple will update its iOS for bug fixes and stability soon. However, a lot of users are still running iOS 8 on their devices and there are several explanations for it. Firstly, iOS 9 has a lot of issues which needs to be fixed. Hence, users prefer to wait for the updated stable version. On the other hand, users prefer to keep the jailbreak status as updating to iOS 9 will cause them a havoc. 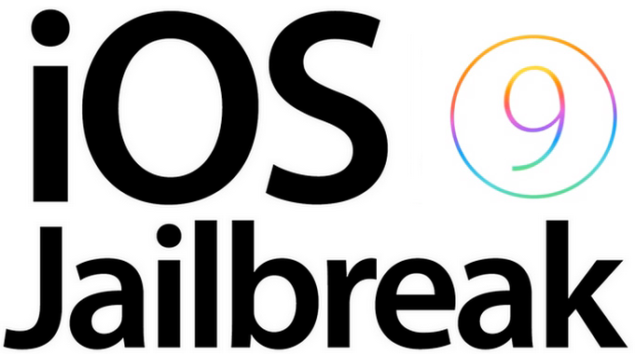 Today, an exploit vendor Zerodium announced a million dollar bounty for iOS 9's jailbreak. The bounty is declared for an individual or team to find exploits in the iOS 9. The submission should be ''exclusive, browse based and untethered jailbreak'' for the iOS 9 and its running devices.

Let's see more details on the iOS 9's jailbreak subject, since it is now a wanted platform.

iOS 9 is widely considered the most secure mobile platform right now. The jailbreak to be submitted should work on all iOS 9 hosting devices which include the iPhone 6s and 6s Plus. Finding the browse based exploit will be most likely a difficult task for developers as the last one was Jailbreak.me released by comex way back in 2011. Even if developers find the exploit to jailbreak iOS 9, there are very rare chances to find a browse based exploit. 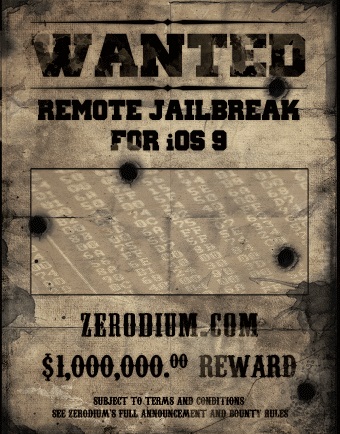 The eligibility criteria include, a chain of vulnerabilities and exploits which should not be released, published or or reported. These unknown vulnerabilities should be able to bypass the mitigations in iOS 9, which includes signing codes and bootchains as well as ASLR.

A VUPEN owned company, Zerodium will pay 3 million dollars in total for all available exploits and jailbreak. The bug bounty program is open until October 31 6:00 P.M EDT. Additional details on Zerodiums bug bounty can be found from here. On a more social note, we don't think Zerodium will release the exploits or any kind of jailbreak tool publicly.

This is it for the bug bounty offer, folks. How far do you think the jailbreak teams will go in an effort to achieve the desired jailbreak for iOS 9 and all other devices? Share your thoughts in the comments.