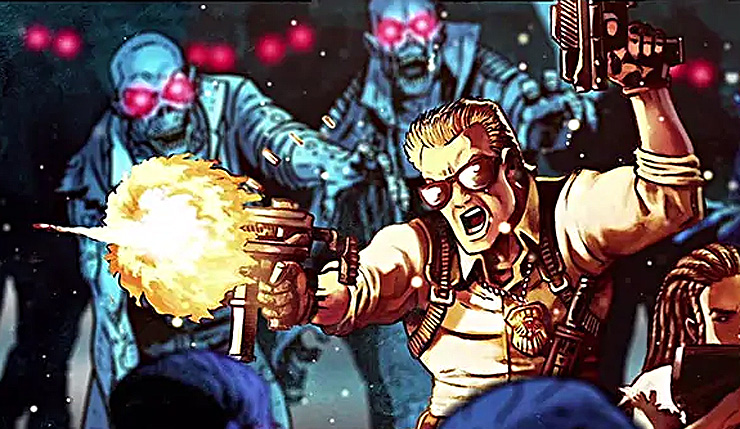 Far Cry 5 has added its final story expansion and a much-requested New Game+ mode. The DLC, Dead Living Zombies, is pretty much exactly what it sounds like – blast zombies in a pulp-ish movie universe. Not the most original concept, but popping zombie heads is pretty much always fun. Check out a trailer and description for Dead Living Zombies, below.

Dead Living Zombies takes place within one of D-list film director Guy Marvel’s movie scripts, challenging players to survive against undead hordes in diverse environments including military bases, farmlands, and urban rooftops. Playable in solo or co-op, the linear missions are filled with nonstop action and Marvel's continuous narration, which shifts reality around you as the story demands.

Once you've played through the maps – which were built using Far Cry Arcade's creation tools – are replayable in Score Attack mode, and achieving three-star ratings can unlock new weapons and gear players can use in the main campaign. Assets from Dead Living Zombies are also available to all players for use in Far Cry Arcade.

Meanwhile, New Game+ lets to you restart the game with all the stuff you collected on your previous playthrough, so you can really wreak some havoc. Here’s what carries over:

You can play through the game as many times as you want, and perks can now be stacked, so you can really build your character into an unstoppable cult-smashing monster. 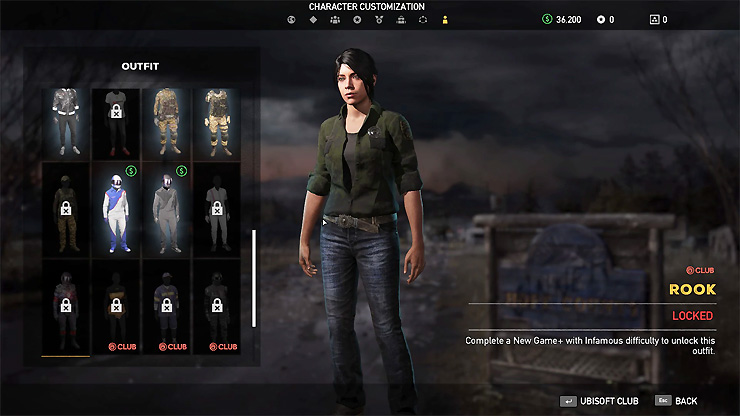 But what if you’re looking for more of a challenge from your second playthrough? Don’t worry, Ubisoft is also offering up the new Infamous Difficulty, which significantly boosts enemy AI and health. Beat Far Cry 5 on Infamous Difficulty and you’ll earn an achievement and the spiffy Rook outfit seen above.

Far Cry 5 is available on PC, Xbox One, and PS4. Dead Living Zombies and the New Game+ update are out now.