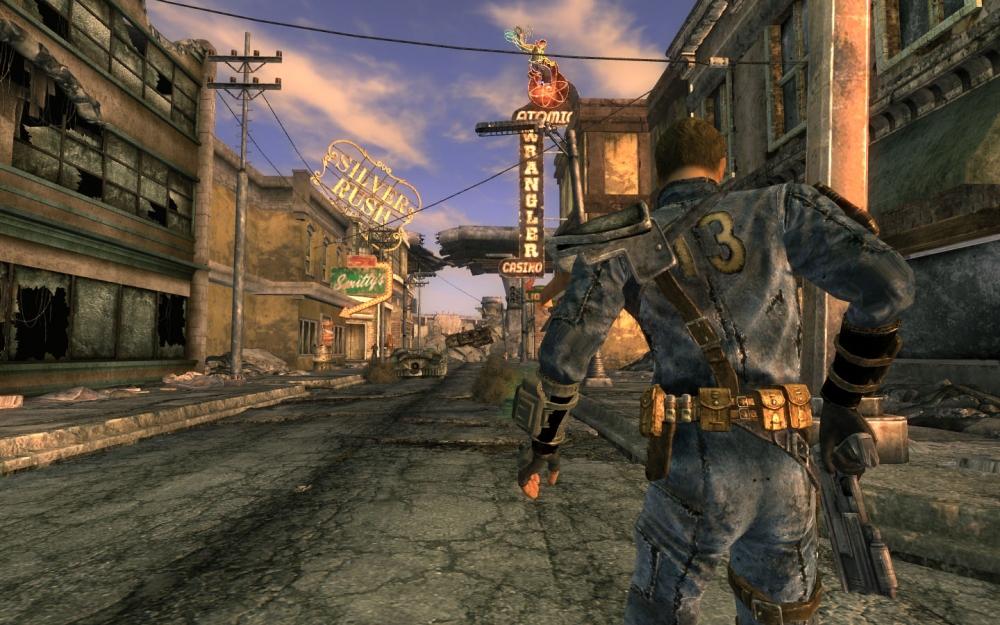 Fallout New Vegas has been listed on Steam for Pre-Purchase and that too Four months ahead of its release date in October. Getting the New addition of the Fallout Series now will get the Caravan Pack too which offers some Exclusive items with a Set of gear.

The Caravan Pack includes A set of Binocular's, four repair kits and two exclusive items: the Lightweight Leather Armor and Sturdy Caravan Shotgun. The game is going to be released for the PC,PS3 and Xbox 360 on October 18th. Here is a list of features the Caravan pack will offer:

It’s the kind of town where you dig your own grave prior to being shot in the head and left for dead…and that’s before things really get ugly. It’s a town of dreamers and desperados being torn apart by warring factions vying for complete control of this desert oasis. It’s a place where the right kind of person with the right kind of weaponry can really make a name for themselves, and make more than an enemy or two along the way.

As you battle your way across the heat-blasted Mojave Wasteland, the colossal Hoover Dam, and the neon drenched Vegas Strip, you’ll be introduced to a colorful cast of characters, power-hungry factions, special weapons, mutated creatures and much more. Choose sides in the upcoming war or declare “winner takes all” and crown yourself the King of New Vegas in this follow-up to the 2008 videogame of the year, Fallout 3.