Fallout 76 is Bringing Back the Brotherhood of Steel, Game is Free to Play This Weekend 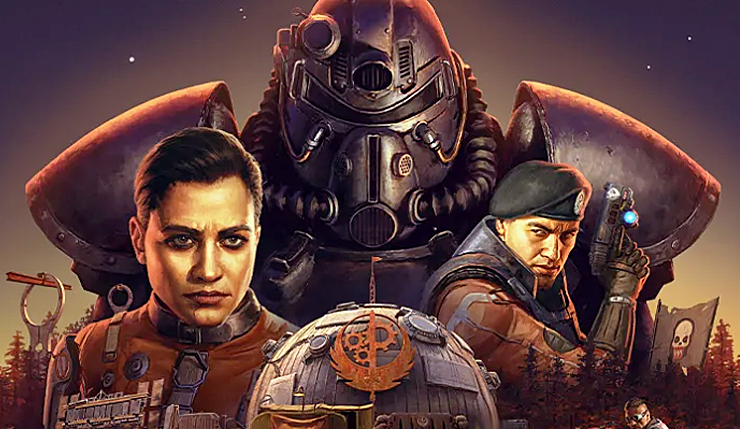 Fallout 76 was a bit of a disaster at launch, that’s been well covered, but over the last couple years Bethesda has salvaged the game somewhat with updates that added NPCs and other much-needed features. Well, today Bethesda announced one of the Fallout franchise’s most recognizable factions, the Brotherhood of Steel, will be returning this December. The free Steel Dawn update will introduce the Brotherhood, kick off an ongoing storyline that will stretch into 2021, and add new locations, NPCs, and more to the game. You can check out a teaser trailer for the update, below.

Here’s a bit more detail regarding the Steel Dawn update:

Ad Victoriam! The Brotherhood of Steel is planning to return to Appalachia with our Steel Dawn Update for Fallout 76. Led by Paladin Rahmani, this Brotherhood outfit’s objectives currently remain unclear. However, they will certainly be looking to you for a debrief on the current state of Appalachia, and to lend a helping hand with their endeavors. You will learn much more about the Brotherhood as you take on a variety of new quests that are coming with the Steel Dawn update—but that is only the beginning. You will be able to explore the story further in 2021 with even more Brotherhood of Steel quests that we are planning to release with future updates.

Along with the new quests, the Steel Dawn Update will bring new NPCs, new locations, and new gear to the game. It will also add features, like C.A.M.P. Shelters, a host of rewards, including weapons, armor, and C.A.M.P. Plans, the return of the Holiday Scorched Seasonal Event, and a variety of additional gameplay improvements. If you own a PC copy of Fallout 76 through Bethesda.net, you can head to the Public Test Server right now to join us in playtesting and sharing your feedback on everything mentioned above.

In addition to the Steel Dawn update, Fallout 76 will be hosting a couple events over the coming weeks. Fallout 76 is free-to-play during the Bombs Drop event, which is already ongoing, and will continue until October 26. During the Bombs Drop event XP and daily challenge rewards are doubled, and a variety of in-game items are on sale. Of course, Halloween will also be celebrated with the Fasnacht Parade event, which kicks off on October 2 and continues until November 2.

Fallout 76 is available now on PC, Xbox One, and PS4. As mentioned, the Steel Dawn update drops sometime in December. What do you think? Excited to welcome back the Brotherhood?