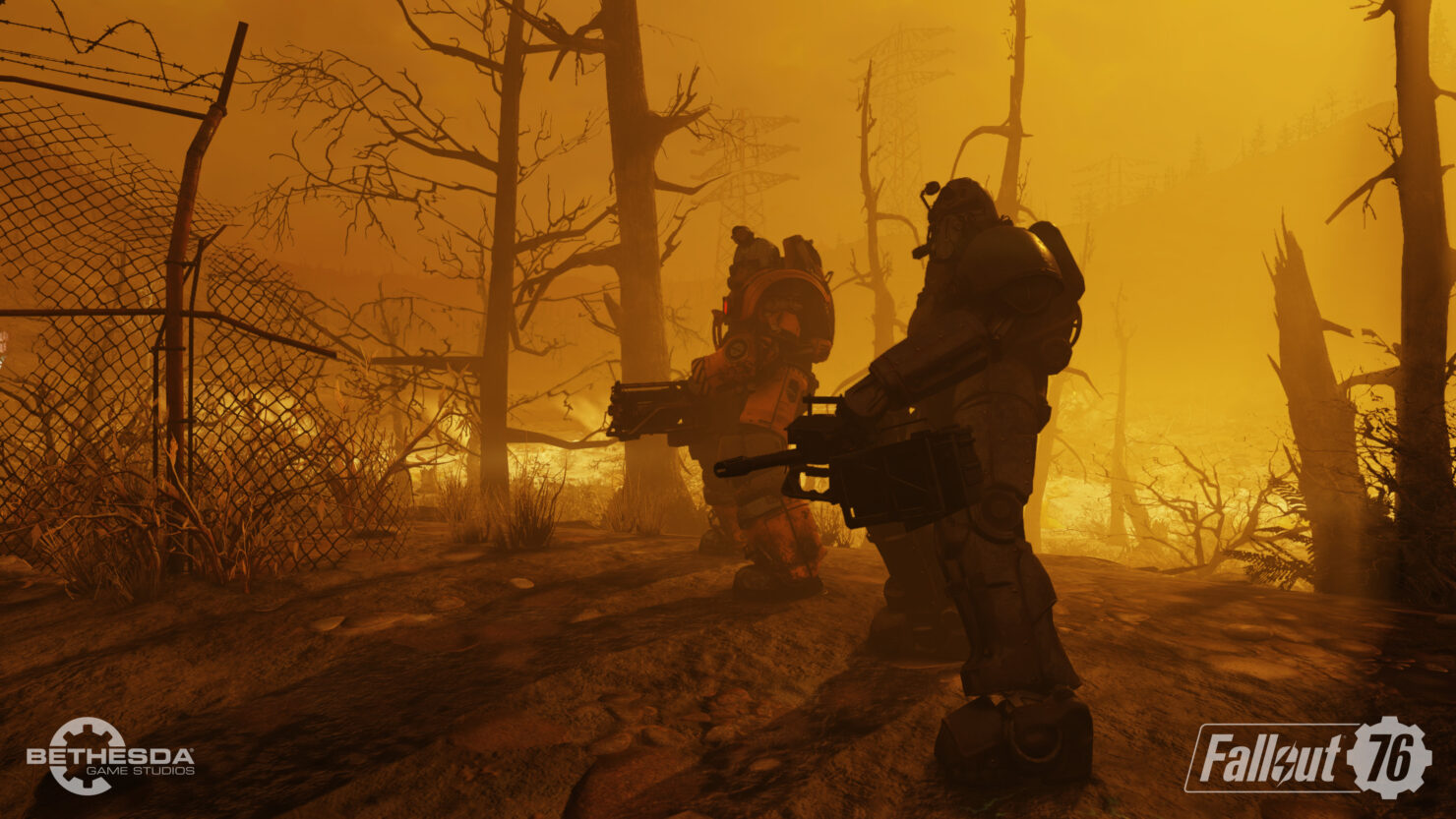 [Update] The official release notes for today's patch have been released by Bethesda. The patch updates the game version on Xbox One to 1.0.1.8, and the PS4 version to 1.0.1.9. The PC version has been updated to 1.0.1.14. You'll find the release notes below:

## Patch Version: - Xbox: 1.0.1.8 - PS4: 1.0.1.9 - PC: 1.0.1.14
## General - Performance: Several issues have been addressed to resolve hitches during gameplay and other performance issues. - Stability: The Fallout 76 game client and servers have received additional stability improvements. - Xbox: Fixed an issue that could lead to instability on certain menus.

### Art and Graphics - Ambient Occlusion: Placed items no longer leave behind shadow outlines after being picked up. - Camera: The game camera now pans more smoothly when the player enters furniture. - Graphics: The cover of Tesla Science magazine Issue 9 no longer appears solid red on pickup, or when inspected.
### Enemies - General: Fixed an issue in which some enemies could chase the player farther than intended. - Loot:Ghoul and Scorched Officers now correctly drop nuke code pieces upon being killed by a player.
### C.A.M.P., Workshops, and Crafting - Blueprints: Fixed an issue that could cause Blueprints to break into smaller parts after logging out and back in to Fallout 76. - Plans: Paints applied to Power Armor during the Fallout 76 B.E.T.A. will now appear correctly on the items that were painted, and those paints can now correctly be applied to additional sets of Power Armor. - Repair: Fixed an issue that could cause an item to return to a broken state after being repaired.
### Quests - Bureau of Tourism: The Prickett’s Fort Token Dispenser can now be repaired, and players can no longer walk through it.
### PVP - Pacifist Mode: Players with Pacifist Mode enabled who engage in PVP by contesting a Workshop owned by another player will now correctly deal full damage to that player as long as they remain hostile. - Respawn:Choosing the "Respawn" option after dying during PVP combat will now correctly clear any active hostile status toward other players. - Seek Revenge: Cap rewards will now display correctly when choosing the “Seek Revenge” respawn option after being killed by another player. - Seek Revenge: When targeted by another player who is seeking revenge, the reward amount will now display the correct number of Caps that can be earned by killing that player.
### User Interface - Languages: Korean fonts will now be displayed correctly in game menus. - Hotkeys: The “Take Photo” hotkey can no longer be rebound and is now tied to the space bar on PC and the A button on controllers. - Hotkeys: Fixed an issue that could cause the “Take Snapshot” button in Photomode to display an incorrect hotkey. - Social: Fixed an issue that could cause players to disappear from each other’s social menus if two players each sent a friend invite to one another. - Social: Fixed an issue that prevented newly equipped Player Icons from displaying to other players in the Social Menu.

[Original story] Bethesda has released Fallout 76 patch 1.02 for PlayStation 4, Xbox One and PC, which offers various stability and performance improvements alongside gameplay improvements.

The new patch for PC is somewhat smaller and clocks in at roughly 15GB. Bethesda recently detailed its updates schedule for the game, and already said that today's update would be rather large.

"The next update will focus primarily on game performance and stability on all platforms but will also come with a list of fixes to quests, UI, C.A.M.P.s, and more", Bethesda wrote. "Patch notes will be available early next week. This update will be large compared to what we expect for patches going forward. Regular updates will always vary in size, but future updates should be much smaller in comparison." 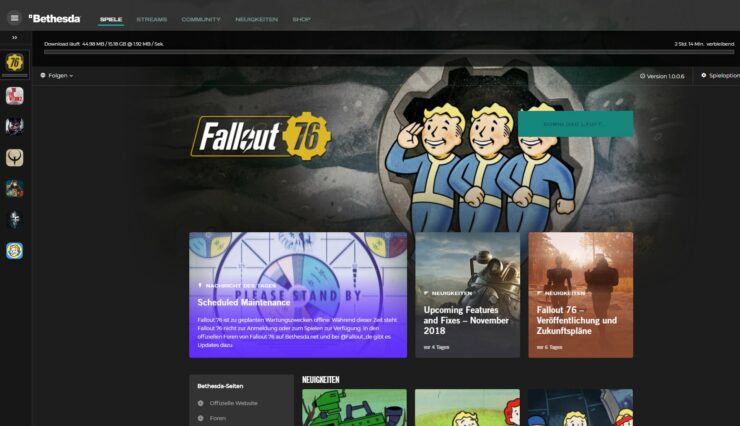 We’ll update as soon as Bethesda releases the official patch notes for this new update.

Fallout 76 is available now for PC and consoles.