Since yesterday, fans of Fallout 4 are able to purchase the latest DLC pack for the game, called Workshop, which includes new items that can be added to settlements. To showcase the content of the new DLC pack, Bethesda has shared a new developer walkthrough video on its official YouTube channel, and the video showed something quite interesting at a certain point. 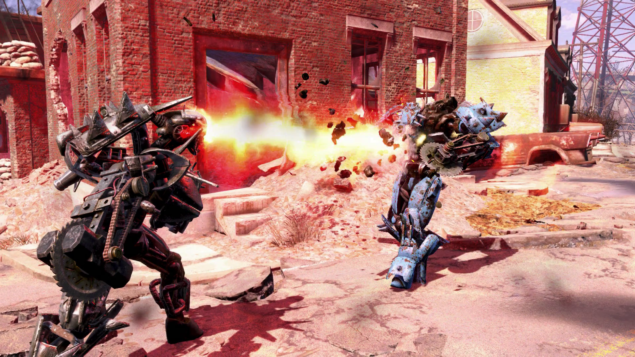 As noted by YouTube user CamelSpyd3r, the new Fallout 4 Workshop developer walkthrough video showed a Barn option under structures that it's not available in the Workshop DLC. This might mean that the team will be adding even more settlements options in the future, something that should make those who love building in Fallout 4 quite happy. You can check out the precise moment where the Barn section is shown by going at the 35:44 mark of the video below.

Alongside paid DLC packs, Fallout 4 is going to receive more free content in the future. Not too long ago, the Fallout 4 Survival Mode has gone into beta on Steam, allowing PC players to try out the brand new mode which will put players skills' to the test with plenty of new mechanics. Bethesda has further tweaked the Fallout 4 Survival Mode beta last week with a new patch, which reduces the amount of food and drink required to maintain proper sustenance, a lowered sleep cycle and much more. The Survival Mode has yet to be launched on consoles, and there are no news on precisely when it will become available on the PlayStation 4 and Xbox One version of the game.