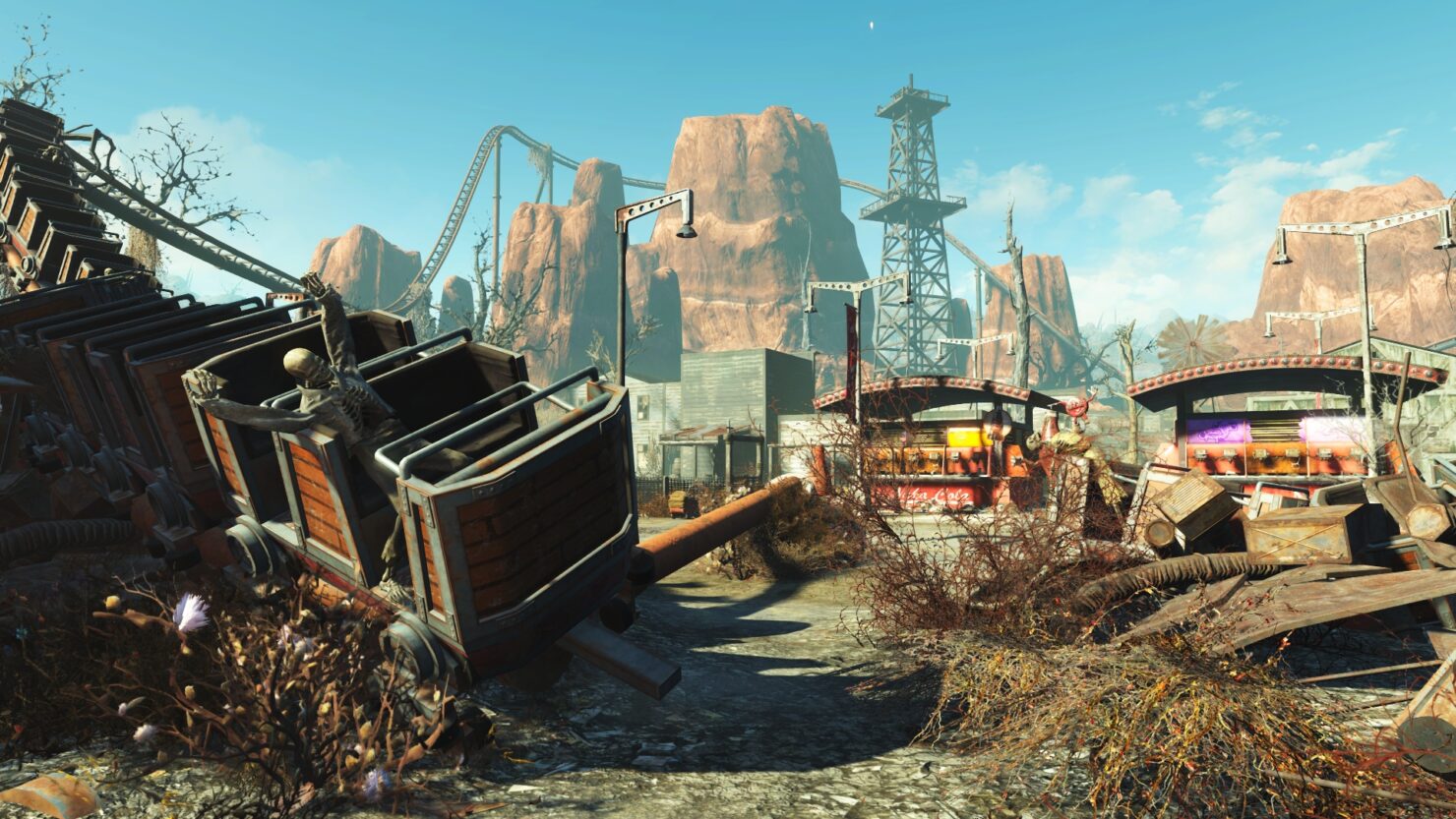 Fallout 4, the latest entry of the series developed by Bethesda released last year on PC and consoles, has received plenty of paid additional content in the past few months, and the release of the final DLC pack is quickly approaching. To get Fallout 4 fans even more excited for the Nuka-World DLC, Bethesda shared today a new trailer and some brand new screenshots, announcing the release date as well.

The new Fallout 4 Nuka-World trailer, which is the first one released for the final Fallout 4 DLC, showcases some brand new locations which players will be able to explore starting from August 30th. You can check out the new trailer and screenshots right below.

Hop on the Nuka-Express for a trip to Nuka-World… America’s Favorite Vacation Destination! The fun starts on Xbox One, PlayStation 4, and PC on Tuesday, August 30th.

The Fallout 4 Nuka-World DLC includes a brand new region with an open wasteland and park zones, where players will lead gangs of Raiders to conquer settlements and more.

Fallout 4 is now available in all regions on PC, PlayStation 4 and Xbox One. The Nuka-World DLC will launch on August 30th on all formats.