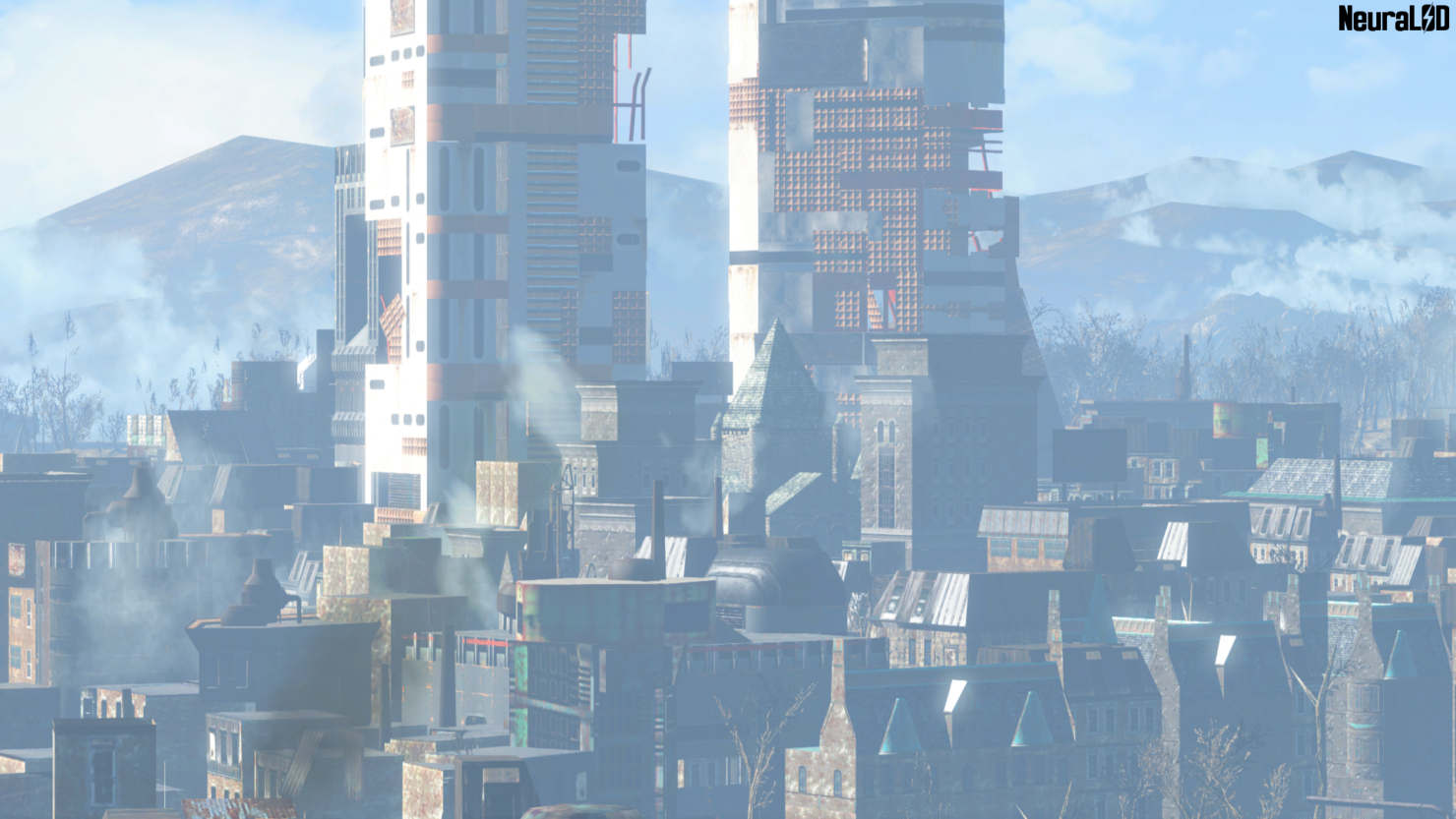 The new Fallout 4 texture pack is an AI-enhanced texture pack called NeuraLOD. It introduces a big number of new textures which improve the level of detail of objects considerably with almost no impact on performance.

Vanilla object LOD textures are mostly 256x256 in size. Fallout 4 NeuraLOD uses a neural network (which was trained to upscale photography) to upscale and denoise these files to 512x512 and then runs them through a pass of light sharpen filters for added crispiness.

Performance impact is not measurable on a GTX 980 (4GB). The VRAM usage increase should be around 50-100 MByte so if your system has less than 4 GB this is probably not for you.

You can download the new Fallout 4 texture pack by heading over to Nexus Mods.

Fallout 4 is now available on PC, PlayStation 4 and Xbox One in all regions.