It seems that one competitive circuit has already taken a stand against cheating and has added a very unusual and novel way in which to combat the rising cheating problem that’s proliferated in the CSGO professional arena. 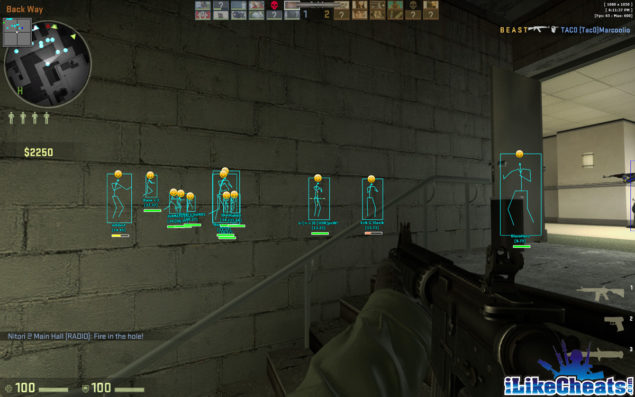 Facit, a competitive area for CSGO, has instituted home visits as a policy in an attempt to rectify the cheating issue.

This comes after many pro level players have recently been caught using hacks and cheats that were designed to be hidden inside their mouse firmware. This is quite possibly the most aggressive move that anyone has ever made in any pro gaming league. Rules generally strictly prohibit cheating, though only if detected, and detection has never quite been this intrusive.

Despite the obvious degradation of the reddit thread, the initial information is supposedly good, and the picture is indeed the rule itself. Kotaku has also verified the information through Faceit as well, and they liken this radical policy to that of “... the eSports equivalent of random drug testing for things like steroids.”

"All players may be subject to visits from FACEIT admins to inspect their computers for cheats and/or observe them playing an official match. Inspections may happen at random and may not necessarily suggest a suspicion of cheating. To be clear, what we're saying is we may turn up at your house. Yes, we are serious."

The logistics may not necessarily work very well, either, as Faceit may have to contend with a worldwide community that is larger than they can possibly handle. That, and they legally have no right to look for anything, and players can choose to compete somewhere else should they feel compelled to do so. Because there are many different competition networks, it’s almost a poor business decision that’s not really ground in reality. If they wanted to take a stand against cheating to help put a stop to it, there are other ways that don’t have as much of an affect on their bottom line.

But aside from the apparent impracticality of the policy, is it something that we are going to see further down the road in the future? Is it even the answer to stop cheating?

Perhaps physical visits aren’t the answer, though maybe this type of solution will evolve to that of something like ProctorU, yet for eSports. Give someone control over your PC during play, and let them scan for illicit services before you play. But even that is a logistical nightmare and something that is impractical and a bit radical on its face.

How do we compel those to not cheat? I think you don’t. Those that have already have a propensity to cheat in games will likely continue to do so, or attempt to do so, regardless of whatever policies are implemented. As can be seen in professional sports, even stringent policies won’t stop those that are truly bent on cheating the system. So until some magical potion can be developed, cheating in CSGO is going to be an issue for quite some time to come.