Face ID? What Face ID! Say Hello to Facebook’s Facial Recognition That Finds Photos You Aren’t Even Tagged In 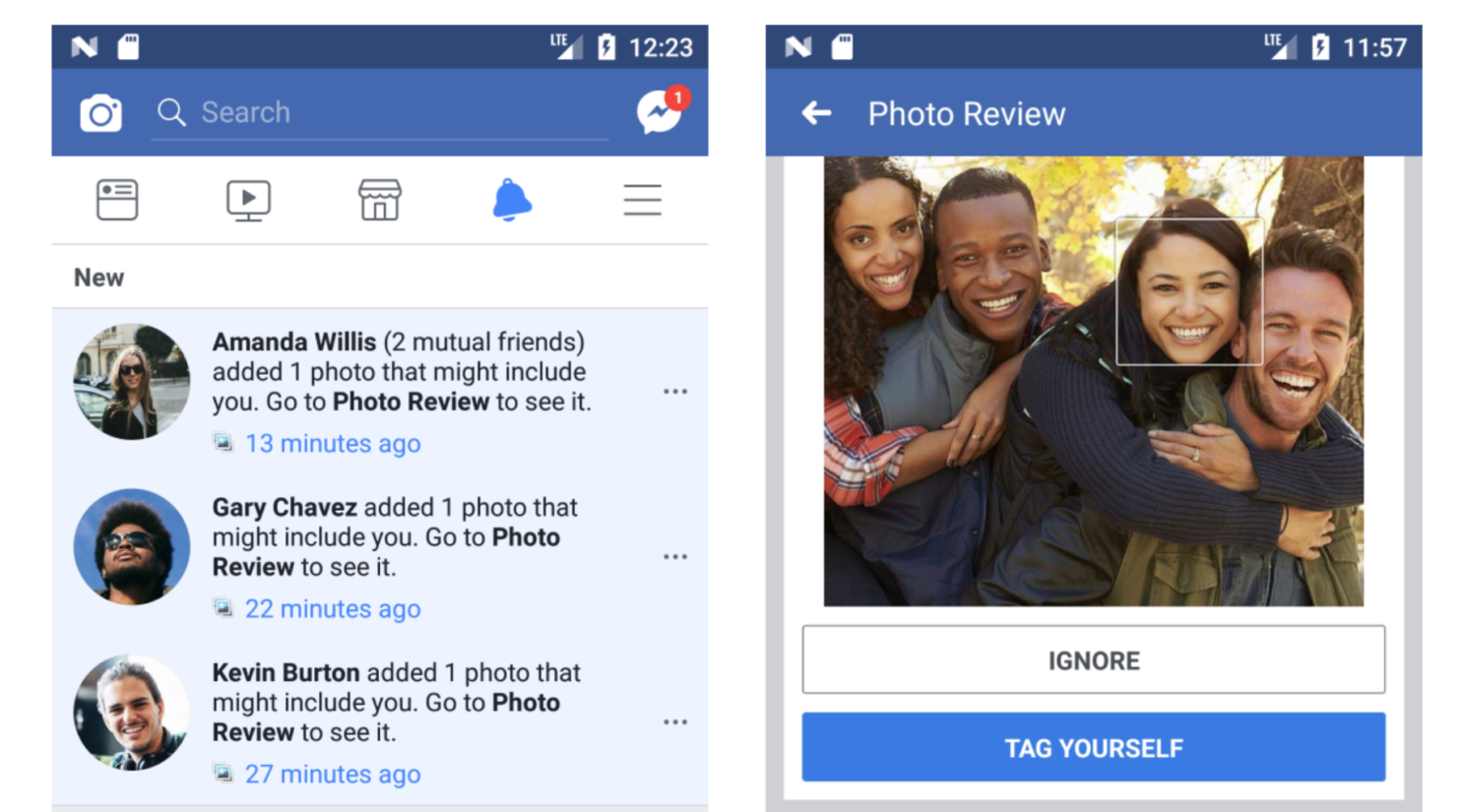 Uh oh. This year has been one fun ride , but it looks like we are still in for some major news. After Apple made Face ID mainstream with its extremely hyped iPhone X, it's now Facebook's turn to make some waves in the industry. Starting today, every time someone uploads a photo that includes your face, Facebook will know it's you even if you haven't been tagged.

While the company has been using facial recognition technology since 2010 to help you see who should be tagged in a photo, the technology appears to have improved over time as Facebook now feels confident that this process can be automated.

"Our goal in building these features is really to empower people and help them manage their identity on Facebook," Rob Sherman, Facebook's deputy chief privacy officer, said. "Over time our goal is to make these features available everywhere... but right now we’re focusing on markets where tag suggestions are available."

Our technology analyzes the pixels in photos you’re already tagged in and generates a string of numbers we call a template. When photos and videos are uploaded to our systems, we compare those images to the template.

Europeans and Canadians don't get spotted by Facebook - for now

The feature has been rolled out to the social networking giant's 2 billion users, except for those in the European Union and Canada. Thanks to strict privacy regulations in the two regions, the Orwellian company continues to face problems when rolling out invasive features, such as its facial recognition technology. Privacy activists and users have long fought against the company automating this process. It should be noted that this outcry is mostly because of how Facebook has always remained tone deaf about responses to these features much to the chagrin of its users. With today's rollout, it appears that the tech giant might have felt a little confident after a more positive response to Apple's still-controversial Face ID.

Most notably, with Facebook's algorithm, the company also intends to fight against accounts impersonating users. Facebook will notify users if someone else tries to use their photo in a profile. Users will remain in control, the company promises.

You "can make choices such as whether to tag yourself, leave yourself untagged, or reach out to the person who posted the photo if you have concerns about it."

Not a fan? You can opt out

The company is adding a new privacy control to enable you to opt out of this facial recognition powered photo tagging. If you opt out of this, Facebook promises it will delete the face template used to find you in photos. Privacy advocates suggest that a system like this should require users to opt in, not to expect users to opt out when the companies know many users don't even get to know about these new features, read about the privacy notifications, or are aware of possible privacy issues. The Menlo Park tech giant said that a user who has their tag suggestions setting set to "none," the default face recognition setting will also be set to "off" until that user changes it manually. 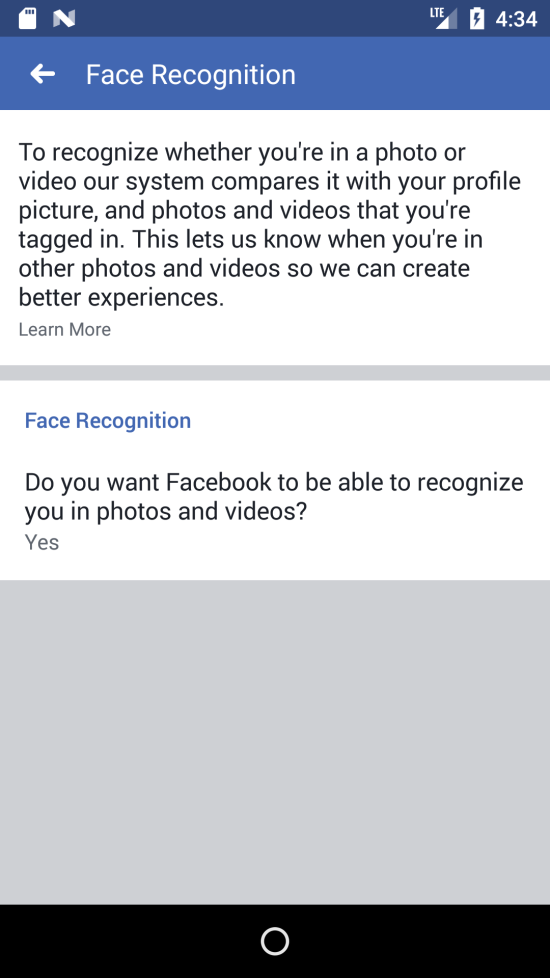 Privacy advocates also warn of any upcoming features that could automatically use this technology without further permissions, since Facebook is replacing granular controls with a simple on/off switch. Meaning, if you are okay with Facebook recognizing you in untagged photos, the company will also assume you are okay with it using this data for other features, such as its account recovery process.

The company says it designed this new on/off switch based on the feedback it received. Facebook added its users "prefer a simpler control than having to decide for every single feature using face recognition technology". Users are expected to see notices in their News Feed explaining this change in the coming weeks.