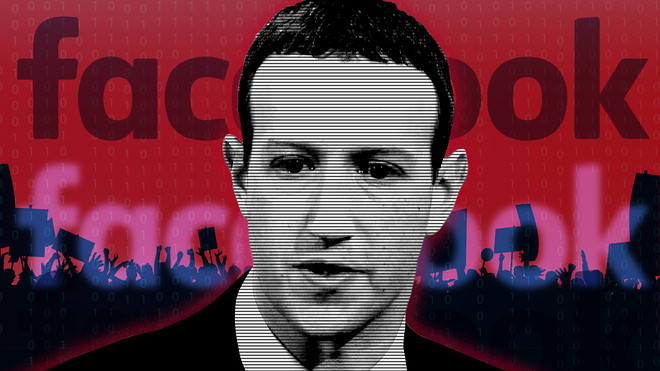 Facebook (NASDAQ:FB) is a veritable cash generation machine, raking in billions of dollars of advertising revenue every quarter like clockwork. This rosy scenario, however, now appears to be at risk as a growing list of advertisers are shunning the social media giant due to its content moderation policies. Even though Mark Zuckerberg, the CEO of Facebook, believes that the upheaval is largely transitory in nature, the latest investment note from Needham disputes this assertion.

As per the investment note from Needham analyst, Laura Martin, channel checks suggest that Facebook’s ad boycott may extend all the way through the U.S. presidential elections in November 2020. Consequently, Martin believes that this ongoing ad boycott campaign will inflict a much more sizable punch to Facebook’s top-line metric than the prevailing Wall Street expectations.

Highlighting the presumably darker undertone of this campaign, Martin asserts that:

"Brands are happy to weaken FB’s iron grip on their ad budgets."

In line with the stated scenario, Needham has cut Facebook’s revenue and earnings estimates for 2020 as well as 2021.

As a refresher, over the past couple of days, major advertisers have launched a boycott campaign against Facebook because of the prevailing unease regarding the supposedly lax manner with which the social media giant tackles misinformation and hate speech. The move was initiated by the advocacy group ‘Stop Hate for Profit’ and continues to gain traction as major companies bolster the rank and file of this boycott campaign. To date, companies such as Starbucks (NASDAQ:SBUX), Microsoft (NASDAQ:MSFT), Proctor & Gamble (NYSE:PG), Honda America, Levi Strauss (NYSE:LEVI), Patagonia, etc. have joined this movement.

It should be noted though that a large majority of these advertisers have simply paused their advertisement on Facebook for a period of 1 month, leading many to conclude that the cumulative effect of this campaign on Facebook’s finances will only be temporary. Zuckerberg himself believes this assertion to be true. The CEO of Facebook has reportedly informed his employees during a video townhall that he would not cave in as he believes that the boycott campaign will end soon enough. Specifically, he is reported to have said:

“My guess is that all these advertisers will be back on the platform soon enough.”

Even so, Facebook seems to be taking a number of steps in order to mitigate the ensuing damage. The company will meet the organizers of this campaign today and has already agreed to a brand safety audit by the nonprofit Media Rating Council (MRC). As part of this audit, the MRC will review the social media giant’s monetization policies as well as the brand safety controls that it makes available to its advertisers. Facebook also organized a ‘roundtable’ discussion with major advertisers and agencies on this issue on the 30th of June, dispatching high-level officials to ameliorate content moderation concerns.

Of course, Facebook’s content moderation policies have been a point of contention for quite some time. Back in 2019, amid persistent criticism over its content moderation modus operandi, Facebook published a charter containing details regarding the constitution of an Oversight Board that would act as the ultimate authority over the company’s content removal decisions.

As per the details revealed at the time, the board was likely to have 11 members initially but that this number would eventually rise to 40. Each member would serve a 3-year term categorized as part-time employment. According to Facebook, the membership of the board would be comprised of individuals that are independent, impartial, skilled in thoughtful deliberation and efficient decision-making process, and possess a vast repertoire of knowledge regarding digital content and governance. Moreover, the company would establish a trust to determine and disseminate the Monitoring Board’s compensations. While the company announced the initial members of this board back in May 2020, the exact role of this body in Facebook’s current content moderation activities remains uncertain.

Given the potential for escalation in the ongoing ad boycott campaign, if today’s prognostication by Needham pans out, the blow to Facebook’s financial strength and reputation will likely be much more severe.