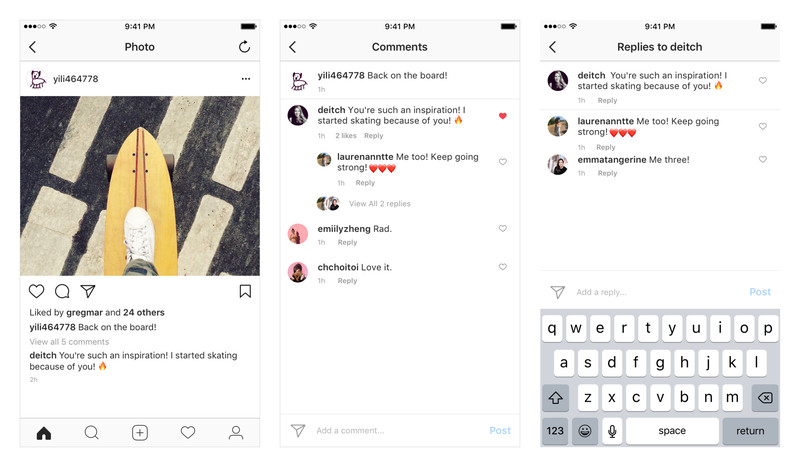 Social media has brought so many changes over the past few years that it is hard to keep count. The changes have both been minor and major. Many apps have ‘adopted’ ideas from each other and some have come up with very original stuff. Instagram, the popular Facebook owned pictures and video sharing site has seen a lot of success over the past few months with its latest updates. Once more a new update is being introduced and it has nothing to do with the videos and pictures.

The new update is all about Instagram comments which haven’t been updated for a while now. It seems that the company is trying to bring some sort of standardization by making it as similar to Facebook as possible. This update is no doubt very minor but it has been long awaited. The new update will allow comments to appear as threads in a similar manner to Facebook’s comments thread.

Instagram comments will now be more organized than ever before. Like the comments on Facebook, the replies will be listed under the top-level comments. Before this update, Instagram comments, even those that were replies to existing comments were listed in a single general thread. Basically the old system had no organization and had no structure. The new update ensures that the comments section is organized and has a structure very similar to Facebook.

According to Instagram, “Comment threads help you keep track of conversations and make it easy to respond to a specific thread. This update will make your feed an even better place to share interests, get inspired and connect with others. Now, when you hit reply underneath any comment, your response will automatically be grouped right underneath it in a thread."

The updates will be part of the Instagram version 24 and will be rolled out all over in the coming few weeks.