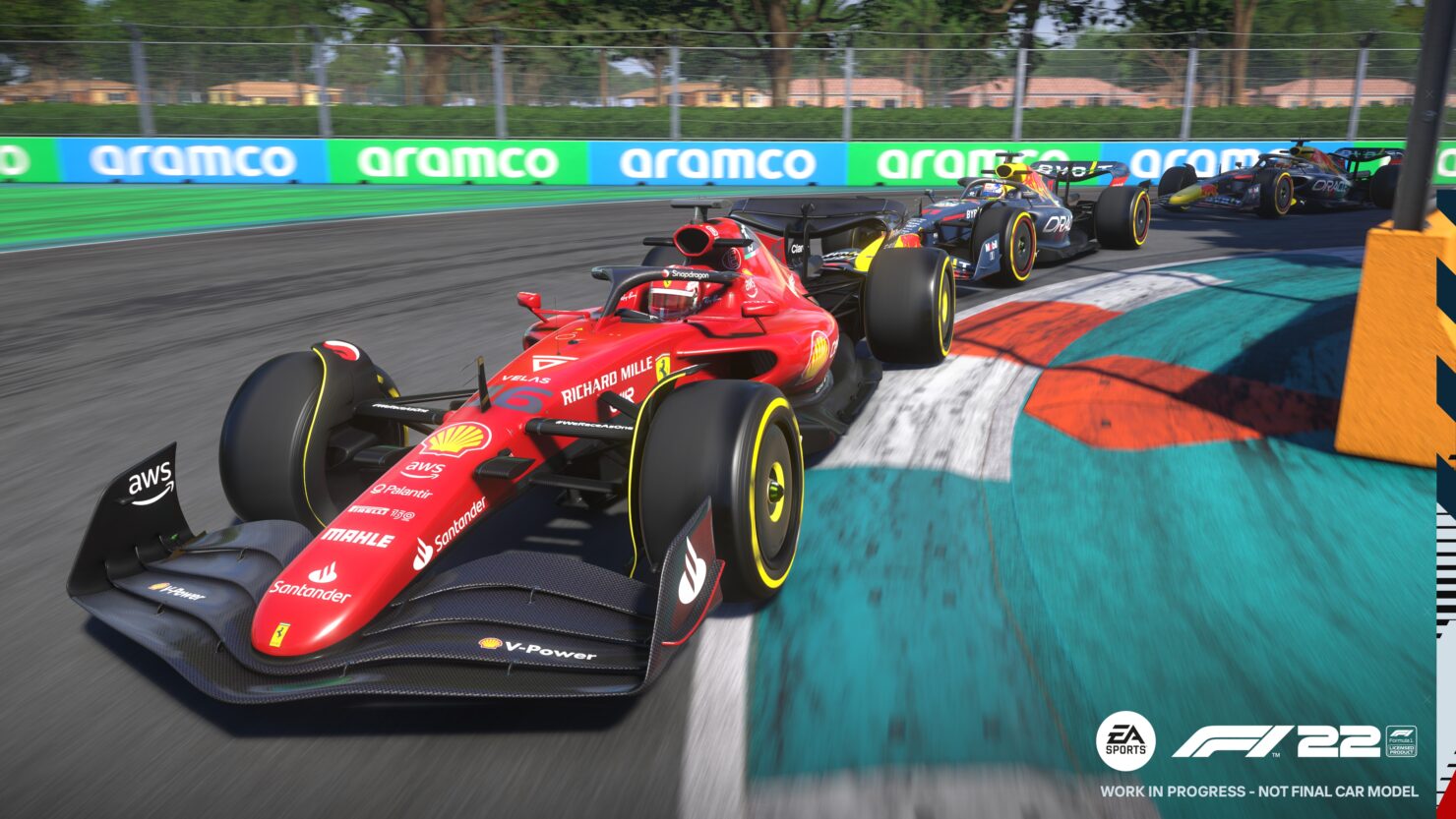 The development team also announced a partnership with Scuderia Ferrari’s Charles Leclerc, who will take center stage on the F1 22 cover (alongside McLaren's Lando Norris and Mercedes’ George Russell) and become the latest EA Sports Ambassador.

F1 22 is celebrating the best young talent in F1, and we are excited to build a deeper relationship with Charles Leclerc. Established as part of the new era of Formula 1, we will work with Charles throughout the season to bring our players closer to the action. We're also proud to celebrate our former World Champions with the F1 22 Champions Edition. They continue to inspire the next generation of drivers, and it's an honour to have them together on the cover of our digital-only version.

F1 22 is launching on July 1st on PlayStation 5, Xbox Series S|X, PlayStation 4, Xbox One, and PC (with native VR support) via the EA App, Origin, Steam, and Epic Store. The Champions Edition provides three days of early access to the game.

Race the stunning, new cars of the Formula 1 2022 season with the authentic lineup of all 20 drivers and 10 teams, and take control of your race experience with new immersive or cinematic race sequences. Create a team and take them to the front of the grid with new depth in the acclaimed My Team career mode, race head-to-head in split-screen or multiplayer, or change the pace by taking supercars from some of the sport’s biggest names to the track.

The official video game of the 2022 FIA Formula One World Championship:

Formula 2, the ultimate training ground for F1, is also included, with short, medium, or full season options plus 2021 and 2022 season content.