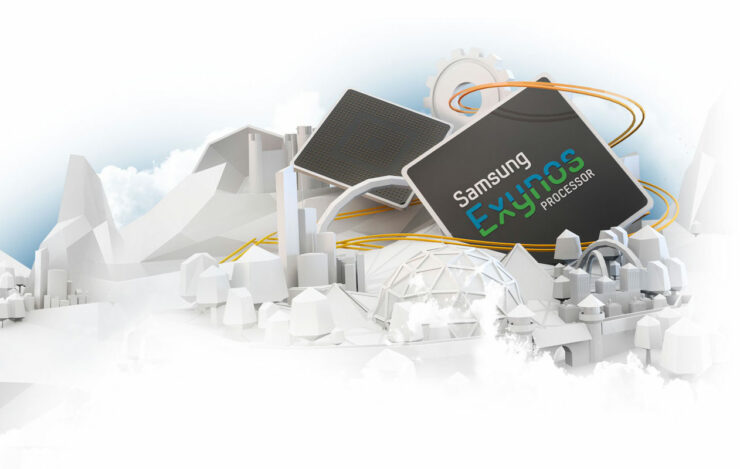 The Galaxy S9 and Galaxy S9+ appear as iterative versions of their predecessors, so it must mean that a majority of the focus might be shifted on the upcoming Galaxy S10, which could also be called the Galaxy X, according to rumors spreading this info. However, Samsung has reportedly already started working on its Exynos 9820, which is going to be taking on the Snapdragon 855 Fusion Platform and should also be the first SoC for 2019 to be found in the Galaxy S10.

A leakster called Ice Universe on Twitter has a habit of spreading information related to Samsung’s smartphones and their internals, and this time it is the Exynos 9820. Apart from providing us with information that the SoC is currently in development, there is no other information provided, but here is what we believe should be a part of the chipset.

While this year saw more 10nm FinFET chipsets, 2019 is the year where we will finally be able to see the rise of 7nm FinFET ones, and the first one to make the grand announcement could be the Snapdragon 855. The Exynos 9820 could feature its own GPU, with Samsung ditching ARM for its own in-house solution for better integration between hardware and software.

While we stated before, we do not have any exact information right now, so do take this with a pinch of salt. The Exynos 9820 could be the first chipset from Samsung to feature a 5G modem. With Samsung taking 5G rollout to the next stage, it also seems impossible that the Exynos 9820 is not going to be the first solution from the tech giant to not feature this next-generation modem.

We know that the Snapdragon 855 will be armed with a Snapdragon X50 modem, so what is stopping Samsung from doing the same? Also, the highest clock speed of the Exynos 9810 is 2.90GHz but that is for the Mongoose cores, the part which is responsible for delivering the performance bits.

Since the Exynos 9810 is going to be made on the 7nm FinFET node, Samsung will effortlessly be able to increase the clock speeds beyond 3.00GHz and running continuously to a point where the Mongoose cores do not get dangerously hot. We’ll have to see what sort of solution Samsung uses as part of the efficient-core family, but it will certainly belong to ARM.

Thanks to the efficient 7nm FinFET architecture, the Galaxy S10 will be able to conserve more battery life, but because of the expensive procedure that will go to making such a thing, it could also be stamped with a bigger price tag.

We will eventually be updating this information for you as more leaks come through, but we repeat, take this info with a pinch of salt.

At the time same time, if you care to know more about the Galaxy S10, you can check out our updated rumor roundup, which tells all the specifications, features, pricing and possible release date of the upcoming flagship.