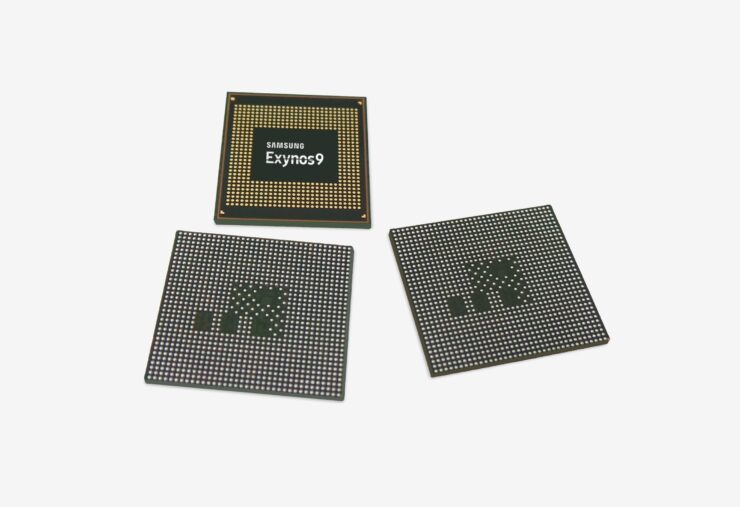 The Galaxy Note 8 powered by the Exynos 8895 has started to make traction around the globe and it has taken Samsung just a few months to announce its successor, the Exynos 9810. Though it is manufactured on the same 10nm FinFET architecture, it houses different specifications that will make the Galaxy S9 and Galaxy S9+ even better than the Galaxy Note 8.

Even though Samsung announced its 8nm FinFET LPP technology for its future smartphone chipsets and partners, it is a shame that the Exynos 9810 will not be able to take advantage of the smaller lithography. Regardless, the 10nm architecture grants you third-generation cores, a new graphics processing unit and a gigabit LTE chip that will be able to deliver up to 1.2Gbps download speeds.

The Exynos 9810 is going to take on the Snapdragon 845, which is also expected to get an early announcement thanks to a leaked poster suggesting that Qualcomm will be present at an event to detail the unveiling. This chipset is also going to be manufactured on the same 10nm process, so it will be interesting to see which SoC will deliver better performance, efficiency and overall better features.

The Exynos 9810 will house a new GPU but Samsung has yet to detail if it will stick with ARM’s Mali lineup or present its own chip for the Galaxy S9 and Galaxy S9+. While we’ll come to that at a later time, the gigabit LTE modem in the SoC is the industry’s first to get 6CA support.

For comparison, the Galaxy Note 8 has a 5CA modem that can achieve download speeds of 1Gbps so the Galaxy S9 and Galaxy S9+ will already be faster than the phablet when it comes to wireless speeds.

Samsung’s upcoming flagship has been slated for an early release to get a better market share when 2018 starts, so there is also a possibility that the Galaxy Note 9 gets an Exynos 9810 manufactured on the 8nm FinFET LPP node.

What sort of performance differences can we expect from the Exynos 8895 and Exynos 9810? Let us know down in the comments section.