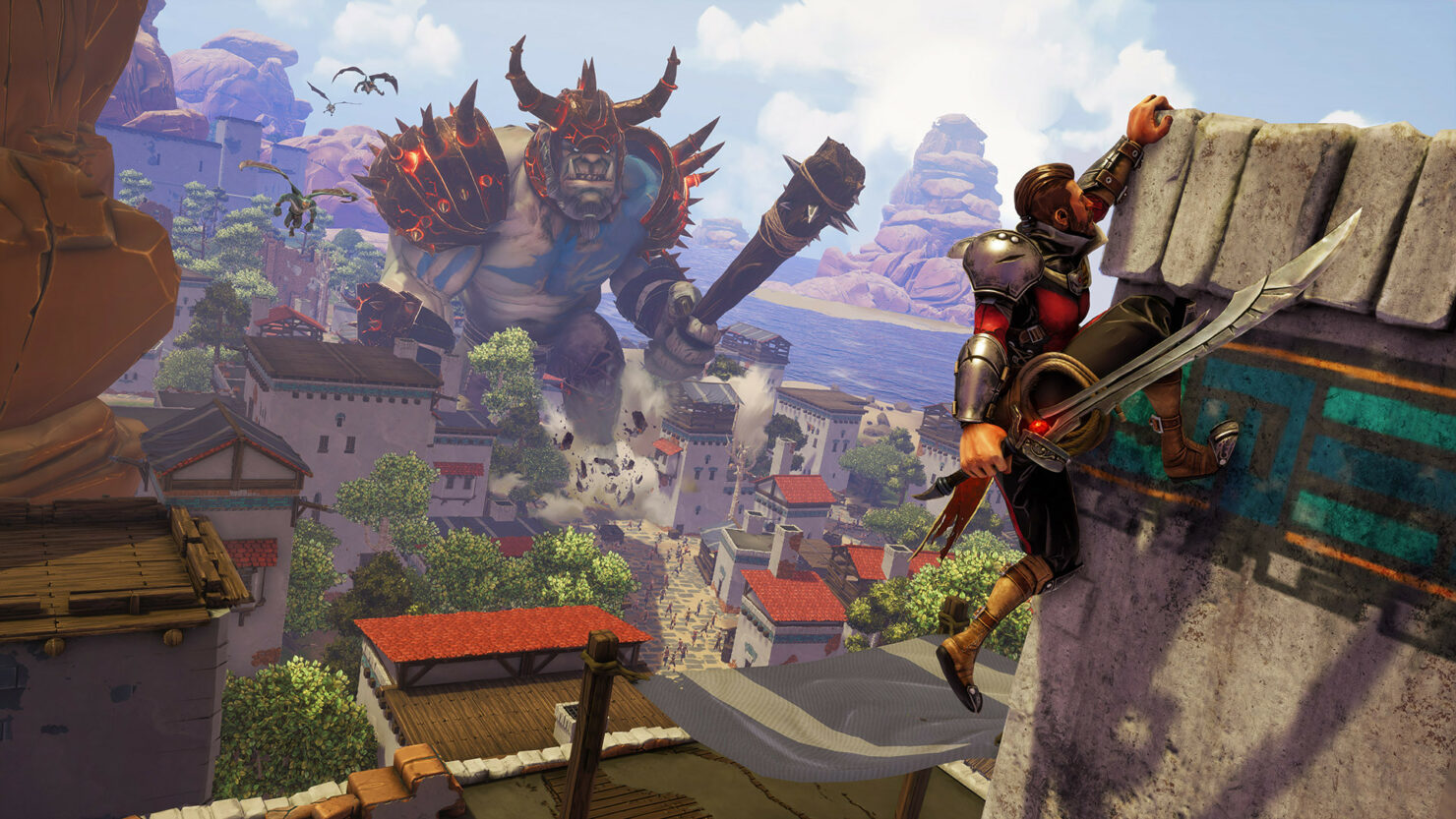 Now they're also branching out with a brand new IP called Extinction. Due for PC/PlayStation 4/Xbox One on April 10th, the game puts you in the shoes of Anvil, one of the last remaining Sentinels capable of thwarting the massive ogre-like Ravenii who have been rampaging through mankind's territories.

Christian went hands-on with the game a couple of weeks ago, but we wanted to learn even more ahead of the upcoming release and that's exactly what we got by talking with Executive Producer Derek Neal. Enjoy the full interview below.

Needless to say, Extinction has been compared to Attack on Titan. What makes it unique over the popular franchise, in your opinion?

Derek Neal:  We’re flattered by the comparisons to Attack on Titan, but the two properties are quite different. For example, the titans in Attack on Titan are generally naked, bestial, and stand in the 10-40 feet range. There are exceptions, of course, but most “average” titans fall in this range. For comparison, the smallest of the Ravenii is 150 ft tall. They are all part of an organized army, with all the trappings of such: weapons and armor, clothing, strategy and tactics, command structure, and the like. The Ravenii also rule over other races they have enslaved, forcing them to fight for them.  In Attack on Titan, humanity has been reduced to a single city; in Extinction, you are fighting across battlefields that span a continent. The way the story unfolds, the characters involved, and their motivations are also all completely different.

That said, the two brands definitely share a similar theme, in that both involve giant, human-like enemies which pose an existential threat to humanity.

How long do you expect the story mode to last on average?

How did your background in fighting games factor in while designing the combat system?

Derek Neal: Many games seem to abstract out combat against giant enemies. They give them an HP meter, which slowly goes down as you whack their toes, or they turn the encounter into a quick time event, etc. We really wanted to bring meaningful, real time combat to these epic scales. In some cases we were able to directly use fighting-game like mechanics, such as special move canceling, to make this happen. In other cases, we had to conquer a variety of new challenges:  making the Ravenii be dynamically dismemberable, for example. Allowing their weapons and armor to be destroyed. Allowing you to run and climb all over them.  Making sure they could react appropriately when you did that. And so on.

In fighting games, when you dodge an attack it’s because you got out of the way. When you counter it’s because you skillfully timed the correct move to beat your opponent’s attack. It’s not because the game rolled a die behind the scenes, but because of your skill and execution. What we achieved with Extinction was to bring that kind of gameplay to these truly epic scales.

Can you talk about the procedural elements you've added to Extinction?

Derek Neal: There are several ways procedural generation is used in the game. The first is for the supporting game modes, such as Skirmish Battle and Daily Challenges. This helps ensure that there will be a different experience every time. The second is in the campaign itself, where some missions are generated procedurally and will be a different experience (with different objectives, battlefield layouts, etc.) every time.

Do you plan to release any additional content after release and if so, would that be free or paid?

Derek Neal: We are planning to release paid DLC content post-launch, some more information about which will be forthcoming shortly.

If the game proved successful enough, would you like to build upon it with a sequel to make it a franchise?

Derek Neal: Of course! We think we have a great base here, and we’d love to build upon it and make another one that’s even better.

Will the game be enhanced for PlayStation 4 Pro and/or Xbox One X? If so, can you provide the respective details?

Derek Neal: We talked about it, but in the end we decided to focus our efforts on making sure that everyone got the best experience possible, regardless of which system they are on.

Is there going to be support for HDR displays?

Derek Neal: There is no special HDR support.