While the battle royale genre continues to grow and diversify at a rapid pace, there still aren’t that many options for people who don’t like shooting at things. Sure, there have been scattered non-shooter battle royale successes like Fall Guys and Naraka: Bladepoint, but there’s certainly room for more. Enter Rumbleverse, a new free-to-play battle royale from Iron Galaxy Studios and Epic Games that looks to replace the usual gunplay with pro-wrestling-infused brawling.

Of course, as overdone as it is, there’s a reason most battle royale games focus on shooting. The two just go together like peanut butter and headshots. So, is Rumbleverse a knockout or does it whiff on its attempt to bring something new to the genre? Time for a blow-by-blow breakdown…

Witcher, Cyberpunk Sequels to be Tested on All Platforms from Day 1, CDPR Optimizing UE5

If you’re expecting any sort of deep lore from Rumbleverse, well, sorry to disappoint you. The game takes place in Grapital City where various meaty men and ladies regularly pummel each other for bragging rights, and that’s about as far as the world-building goes. But hey, who needs that faffing around when there are faces to be smashed? Just create your own kooky-looking character using the game’s somewhat-limited editor then launch into a 40-player Solo or Duos throwdown.

At the moment, Rumbleverse only offers only a single moderately-sized map, but it’s fairly dense, with plenty of points of interest and buildings to scramble up and over. While Rumbleverse’s map packs a lot in, the game doesn’t exactly impress presentation-wise, serving up artless character designs and visuals that fall well short of the half-decade-old Fortnite on a technical level.

But that’s really all window dressing – how does Rumbleverse actually play? While I did encounter initial log-in queues sometimes lasting 10-minutes or more, once I was in, matchmaking was relatively speedy and the action was lag-free. When making your way around Grapital City, you can dash, jump, and scale almost any surface as long as your stamina holds out. Once it comes time to throw down, you can dodge roll, block, and unleash a variety of offensive maneuvers, including basic strikes, “vicious” throws, and Special Attacks. Dealing out damage and collecting stars scattered around the level will also fill a meter that activates “Superstar Mode,” which charges up all your abilities for a limited time and allows you to unleash an ultra-powerful spinning piledriver Super Attack.

If you’re expecting Rumbleverse to be a straightforward button-masher, you may be surprised, as there are various fighting-game-style risk-reward systems at play here. Many incoming attacks can be blocked, but blocks can be broken with throws and some other special moves. There’s also an attack priority system in play. For example, if both you and your opponent go for throws at the same time, you’ll just bounce off each other, but if you go for a strike or special, you’ll get priority (you can check out the full attack priority ranking in the image below).

Rumbleverse’s mechanics are sound in theory, and the game does serve up the occasional fist-pumping moment. It’s hard not to smile when you accurately land an elbow drop from atop a sky scraper or bounce off multiple springs before landing your Super Attack. Unfortunately, there are some issues that make combat not as fun as it should be. Players have rather hefty life bars, requiring multiple combos to deplete early in the game. Furthermore, it’s difficult to damage opponents once they’ve been knocked down, and often it's simply not worth it, as the game gives players powerful wake-up attacks.

The type of mechanics described above would make sense in a 2D fighting game, but are far less rewarding in an open-world battle royale. Early on in matches, it’s difficult-to-impossible to keep anybody down for the count. If you inflict any serious damage on somebody, they just bolt, which is annoying, but I can’t fault their strategy. For a game supposedly all about brawling, it’s actually best to avoid conflict for the majority of most matches. You do unlock some randomized perks by inflicting damage on opponents, but once you’ve earned a couple by perpetrating hit-and-run attacks, go ahead and hightail it.

More important than perks are the stat boosters and Special Moves packed into crates scattered around the map. The latter are particularly key, as a lot of specials are rather overpowered and crucial to gaining the advantage over opponents. I found I quickly fell into a repetitive strategy – mix it up a bit to start the game, then spend the rest the game avoiding fights, only engaging with others when hitting the occasional cheap drive-by dropkick or tackle. Grab as many power ups as you can, then take everybody out with Super Attacks when the ring finally contracts enough that you have to mix it up. Cheesy, I know, but it got me fairly consistent top 5 finishes and a few wins. Hey, if I didn’t do it, I’d be losing to players who were! I realize some of this in inherent to the battle royale format, but if Iron Galaxy and Epic want to market Rumbleverse as this out-of-control streetfight they really need to do more to consistently force conflict between players.

Perhaps the feel of Rumbleverse will change as players hone their strategies, but I’m not sure how many people are going to bother given the game’s lack of content and variety. Iron Galaxy is promising to kick off the game’s Season 1 Battle Pass later this week, but beyond a few additional cosmetics to dress your character in, it’s unlikely to be a game-changer. Once you’ve seen everything Rumbleverse has to offer (which takes an hour or two at most) rematches start to lose their appeal.

This review was based on a free-to-play PS5 copy of Rumbleverse. Access to some in-game currency and cosmetics were provided by Epic Games. 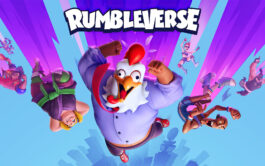 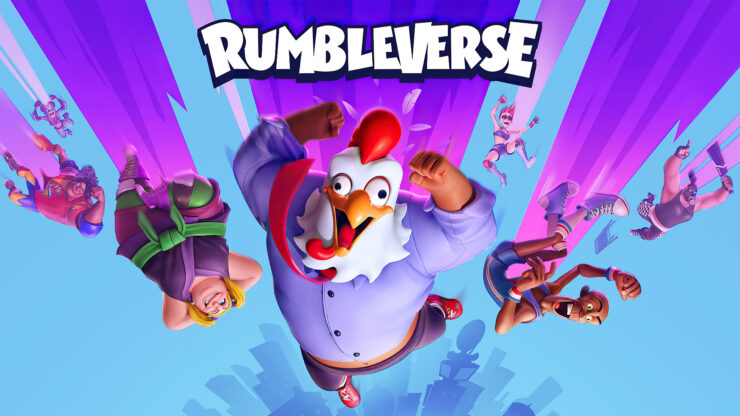 Rumbleverse occasionally delivers the type of bruising highlights that look good on livestreams, but is held back by a lack of content and unbalanced mechanics that actually discourage the brawling that’s supposed to be the game’s bread and butter. You may want to go a few rounds with Rumbleverse given its nonexistent entry fee, but don’t expect it to go the distance.