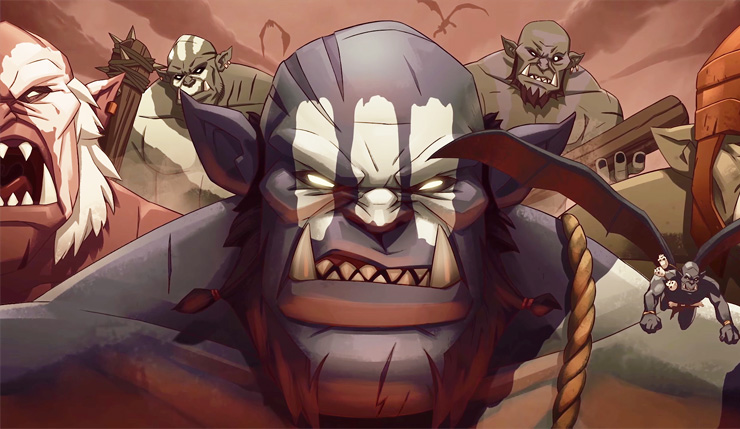 Are you hankering for a decent Attack on Titan Game? Wish Shadow of the Colossus had a bit more action? Well then, you ought to keep your eye on Extinction from developer Iron Galaxy (Divekick, Killer Instinct). The game’s combination of giant Titan-like enemies, combo-heavy action, and slick animated cutscenes holds a lot of promise. You can check out a new Extinction features trailer, which details the game’s story, combat, and mechanics, below.

It looks like Iron Galaxy’s experience with fighting games will be of benefit to Extinction. The game’s devs are promising a versatile, skill-based battle system which will offer plenty of opportunity for flashy combos and different approaches. Additionally, we’re shown how to take down the game’s massive ogre enemies, the Ravenii. You won’t be able to take on the big brutes right away – instead you’ll have to defeat smaller minions and save townsfolk to build up to a powerful, decapitating Rune Strike. Executive producer Derek Neal also lays out some broad story strokes…

“The world of Extinction is a place that's always been at war with itself. It's chaotic and filled with feuds and humanity has been fighting back and forth for centuries. In the midst of this, a giant portal opens up through which these monsters [the Ravenii] begin coming through and crushing people. These are the horrors of times past. A threat spoken of in children's fairytales. You can definitely expect some surprising twists and turns. Not everything is necessarily as it seems.”

Extinction stomps onto PC, Xbox One, and PS4 on April 10.