Check Out These Three New Experimental Photography Apps By Google That Can Change The Way You Shoot! 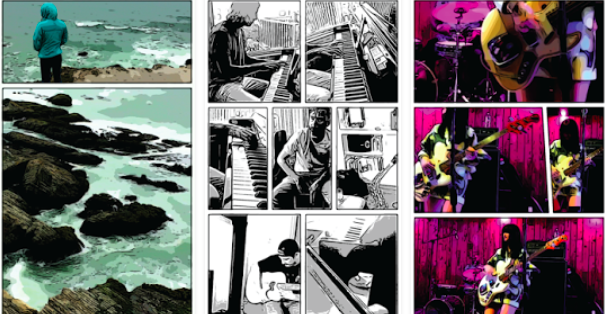 Camera apps on our smartphones are responsible for our overall experience of taking a picture or recording a video. We have default camera apps that have not brought any major change in the way we take stills or record videos. Google seems to understand the need for revolutionary apps to come onboard and make our experience better.

To recall, a few months back, Google released a photography app named Motion Stills that did pretty well on the App Store and Play Store. Now, Google is releasing more such apps that are built on innovative technologies, which is why the company is calling them “appsperimentals” for both Android and iOS. These apps are developed by the team of researchers at Google and are now live on the App Store and Play Store for download. The three experimental photography apps in question are called Storyboard, Selfissimo!, and Scrubbies.

These new apps are built on technologies that make use of the hardware capabilities of smartphones and software advancements. Google's Motion Stills app created cinemagraphs from short videos by using stabilization and rendering technologies that were in the experimental stage at that time. The three new experimental apps, (err, appsperimentals) use experimental technologies such as stylization algorithms, object recognition, person segmentation, and efficient image encoding/decoding.

What do experimental technologies denote, you may ask? Well, it means that these technologies are still in the development stage and Google has integrated them into the apps to test them further and fix the shortcomings.

Google is testing these technologies to cater to the upcoming phones that will feature powerful hardware and computer vision algorithms. The company says that it is researching “radically new creative mobile photo and video applications” as cameras will soon be able to recognise “semantic content” of an image in the future. The idea does not seem far-fetched as in recent months we have seen how well Google Assistant has integrated itself into Google Photos and can now automatically create collages, GIFs, movies, and more.

In an official blog post, here is what Google wrote about the three new apps:

By the looks of it, the Storyboard app looks like an enhanced version of the Prisma app, but it is limited to Android for now. The Selfissimo! app focusses on the selfie-loving users who want portrait shots in Black & White, it is available for both the platforms. While the Scrubbies app brings a new concept of mixing and creating funny videos, it is limited to iOS for now.

What are you waiting for? Go ahead and try out these apps.