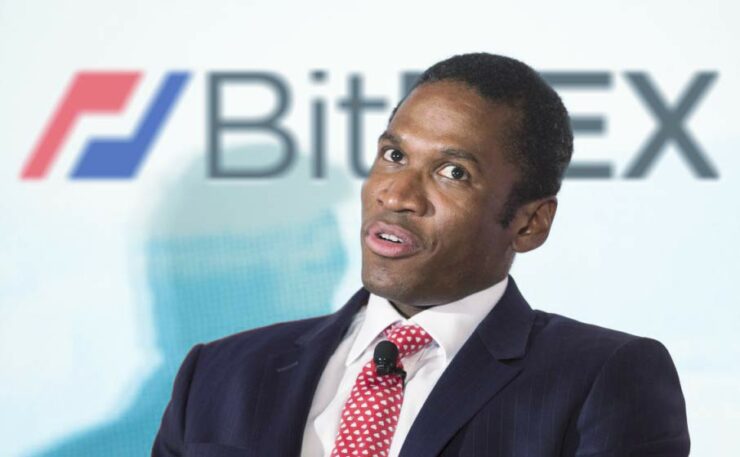 Reports have surfaced that crypto exchange BitMEX is in some serious trouble.

First, the US Commodity Futures Trading Commission (CFTC), which regulates US commodity futures and options markets, is investigating the exchange per a report from Bloomberg regarding its offerings of up to 100x leverage, allegations of trading against clients, as well as its acceptance of US-based traders (US residents are prohibited from using the platform as its not licensed in the US).

To make matters worse for the company, news of this CFTC investigation has caused a serious case of capital outflow from the exchange: crypto financial data provider TokenAnalyst reported a run on the exchange to the tune of $73 million on July 19, and $13 million on July 21. It’s important to note that traditional exchanges in the non-crypto world do not hold client money, they are simply a venue for transactions (thus there can’t really be a run on an exchange in this sense). Unregulated crypto exchanges effectively double as a crypto bank, holding client money. A sharp withdrawal of funds from the crypto exchange would signal a sharp decline in confidence in the institution.

While a CFTC investigation and a capital run aren’t the end of the world for BitMEX, after all the CFTC investigation could turn up nothing, and the capital run is minor given the scale of the money BitMEX holds in contrast to its competitors, it’s worth taking this moment to consider how BitMEX got itself into this situation and why this is stopping exchanges like this from going mainstream.

While BitMEX might have many similar characteristics to derivative trading platforms of the non-crypto world, it lacks one important element found in most of the world’s trading platforms that offer derivatives: central counterparty clearing houses (CCP).

CCPs, which are known as derivatives clearinghouse (DCO) in the US, are an important part of the ecosystem as the guarantee the clearing and settlement of a trade by effectively acting as the middle man on behalf of both parties. The CCP collects enough money from each buyer and seller to cover potential losses incurred by failing to follow through on an agreement. This is especially important when credit and leverage are involved, as margin covers the open positions in derivatives which would be losing money in such a scenario. Finally, the CCP ensures that both sides in the deal get what they are after: the derivatives contract or the cash.

Without a CCP, and thus settlement, the vast majority of BitMEX trades don’t settle in cash and instead use something called a perpetual contract which settles the trade on the platform in crypto. A perpetual contract is a derivative that is similar to a traditional futures contract, but doesn’t have a set expiry or settlement. Typically, futures contracts expire and need to go to settlement (usually this is done quickly as the market could move in an unforeseen way) as the contract itself is set for a specific date and a specific price.

At settlement, funds are credited or debited from the trader’s account (via the CCP). Perpetuals do not expire and therefore do not go to settlement. Perpetual swaps would allow traders to make trades of cryptocurrency against the respective value in fiat currency without actually holding the fiat currency.

Again, it should be noted that buying a bitcoin futures contract on BitMEX is not the same as buying bitcoin. Effectively you are buying and agreement to buy or sell bitcoin at a specific price at a specified time and use bitcoin to pay for this. If the buy/sell agreement has a massive difference in the current market price, one can see how problems can emerge.

The grand problem with perpetual contract BitMEX is offering is the high exposure to the difference between the position (value) of the swap and the market movements, in a way that favours losses (this is similar to the phenomenon of negative convexity found in traditional, non-crypto markets). Losses will compound faster, and gains will build up slowly as the market moves away from the position staked out by the swap. Now, in the non-crypto world, this is where the CCP would come in. The CCP would stand to guarantee the transaction and settlement into a fiat currency against default from either party.

Given the lack of CCPs in the crypto world, exchanges like BitMEX have insurance funds to compensate traders with winning positions in the event of default by the counterparty or delays causing losses. This insurance fund (its status is published daily) with 30,000 BTC, worth approximately $293 million, has its limits. Even BitMEX says, “In the event that the insurance fund becomes depleted, winners cannot be confident of taking home as much profit as they are entitled to.”

While Blockchain technology would be able to benefit CCPs by making the process more efficient with things like smart contracts, ultimately if the counterparty goes bust and doesn’t have the money to fulfill the contract, the smart contract doesn’t have any value aside from a few lines of code. There needs to be an intermediary that is willing to insure the trade -- and is also disconnected from the trade itself (hence why CCPs are usually run by outside parties).

While BitMEX isn’t the only exchange that operates in such a way, it does get the most attention given its size and bombastic attitude of its CEO Arthur Hayes. Hayes himself said that BitMEX’s target clientele are the “degenerate gamblers also known as retail investors in Bitcoin". He has also compared regulation to sodomy. Granted, regulators can be difficult but that is their job. The role they have is to ensure that unsophisticated investors don’t lose it all, and this failure cascades into the broader economy.

This is not the kind of exchange pension funds are going to trade on (if anything, pension funds are banned from touching unregulated markets). In fact, anyone should think hard if they want to invest in such schemes: by rejecting the oversight of the world’s biggest regulators and not incorporating elements found in other exchanges like clearance mechanisms, these are a recipe for disaster.